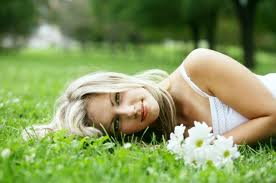 She felt the warmth of the rising sun crawl up her legs, but beneath her the grass was cool with dew. The contrast was pleasant, like jumping into a hot bath after playing in the snow. Her mind was calm, and she could see each blade of grass distinctly, green towers reaching toward the reddening sky. Each blade was the same height, the tops torn off by angry mower blades. Every so often a stalk stood proudly, knowing that it had escaped the fate of its comrades. END_OF_DOCUMENT_TOKEN_TO_BE_REPLACED 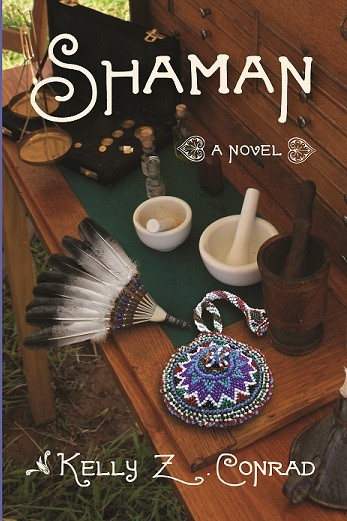 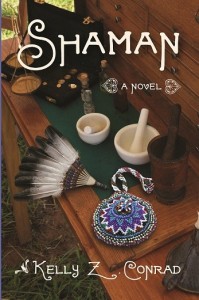 Dr. Matt Tyler left behind the comforts of his privileged upbringing to serve as a surgeon in the Union Army during the Civil War. Now, two years after the war’s end, a discovery one night changes his life forever.

Degan, a young woman of the Seneca Nation, has escaped from vicious white men who raided her village and kidnapped her. Badly beaten and suffering a gunshot wound, she seeks shelter in a deserted barn and waits to die … until Matt finds her. The young surgeon takes her in and treats her wounds.

Her initial fear of this white shaman slowly turns to trust as she recovers under Matt’s care. Though they plan that she will return to her people once she’s recovered, they cannot deny their deepening feelings for each other. When Matt asks Degan to marry him, she refuses to enter white society. How can she live among his people? It was white men who kidnapped her, shot her, and left her for dead. She believes she cannot be Matt’s wife in the white world.

Despite her love for Matt, Degan reluctantly decides to return to her people on the Allegany Reservation in western New York. Matt tries to go on with his life. He begins working at a dispensary in Washington, providing free medical care to the city’s poor. But he remains unable to quiet his strong yearning for Degan.

Can Degan overcome her fear and the cruelty of her past to accept a man from a strange culture who promises his love? And is it a promise he can keep?

This title is available in print edition from Amazon. END_OF_DOCUMENT_TOKEN_TO_BE_REPLACED

The Cobb Legacy is available for purchase through the Pulse Shop and at Amazon.com.

In this week’s post, I want to demonstrate the power of what Mark Coker calls the “rise of the indie author collective” (The Secrets to Ebook Publishing Success). Indies Unlimited is every bit a part of that rise, that revolution really, one that has eroded the power of traditional publishing and significantly democratized the entire process.

Now, there are as many tips and tricks out there for helping independent authors “maximize their brand” or “utilize the tools of the internet” as there are slightly dodgy-looking punters at a female mud wrestling contest, and the debate continues to rage over the effectiveness of reciprocal Facebook “liking” or Amazon “tagging” every bit as fiercely as it does over that of Mona’s standing moonsault and tilt-a-whirl crossbody press on Dolores back in the Fifth Round.

And I have no more answers to those questions than your average… well, dodgy-looking punter at a female mud… But enough of that; in the tradition of great pitchmen everywhere… I wanna tell ya about what works, folks! END_OF_DOCUMENT_TOKEN_TO_BE_REPLACED