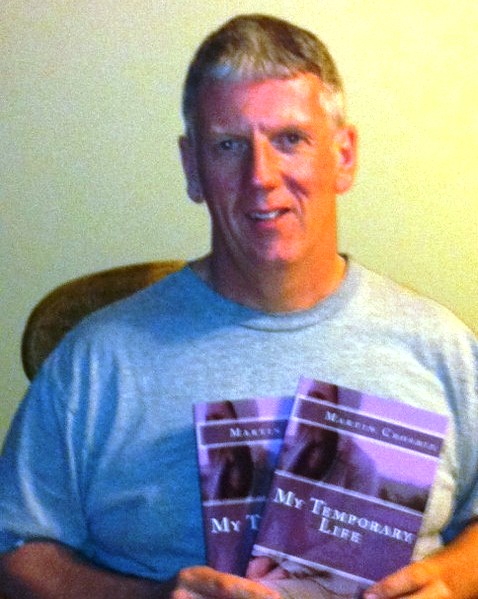 There’s been a lot of controversy over the Amazon KDP Select Program. As authors, the question is: Is there any value in giving your work away for free? Well, I tried it, and this is what happened to me.

In the last three weeks I’ve experienced more personal accomplishments than I ever could have imagined. First of all, “My Temporary Life,” became available as a free download in an Amazon promotion. The idea is that folks download it for free and with the momentum that builds, when it becomes a paid download, it sells. Well, IT WORKED! It became the most downloaded eBook in North America for one day, a few Sundays ago.

“My Temporary Life,” built up momentum like a rocket taking off. By the second day, it was second overall in free downloads. On the third day, well you know what happened, because you heard me. Yep, doesn’t matter where you were, you probably heard me. We hit #1 overall.

So, then, “paid” day happened. It changed over at midnight on Sunday and paid sales slowly started to trickle in. The next morning I expected to see 15 or 20 sales. We had over 200. Over 200 folks pulled out their credit cards and took a chance on my self-published book, that over 120 publishers and agents turned down, (oh, did I forget to mention that part).

Sales continued all day, and the days after. We peaked in the overall rankings at #9, but it didn’t stop there. An independent website emailed to tell us that we were the #7 most downloaded independent ebook of the week; we did a bunch of online interviews, emails and reviews stacked up like crazy, the momentum was deafening.

We hit 60,000 downloads, 51,500 of which were free There were so many requests for information that we issued a press release. Yep, we issued a press release talking about the book that I wrote in the spare bedroom of my house. A Dallas, Texas television station ran the story. They were interested in the fact that over 120 agents and publishers rejected “My Temporary Life” yet all these folks were downloading it. We were on the Movers and Shakers list. We were one of the top 10 self-published eBooks on Amazon. We were #2 in Romance/Suspense. We were #2 in Mystery/Thriller. And more 5 Star reviews came in every day.

At dinner one night, Jacquie and I sat and read the newest reviews. Two of them made us cry. It’s an amazing experience to read about how your work, can touch another person. The sales figures are amazing, and they really are amazing, but the almost overwhelming part is that you have an opportunity to touch so many people. Currently, almost 70,000 people have downloaded “My Temporary Life.”

Now, while KDP Select was promoting me, I was also working very, very hard too—I was spreading the word. You see, although, I do trust in Amazon, I was helping it along. I was posting interviews, sales figures, anything I could. I was on Amazon discussion boards, Kindleboards, KDP’s Community site, Facebook, Twitter, a sneak peek of my book here at Indies Unlimited, and even Craigslist! All I wanted to do was tell people about my book. And, in doing all of this, not a lot of other things were happening, including writing. And, you see, there are a couple of things that I have to do in my life to function. One of them is sleeping, and the other is writing. I was sleeping a little bit—four or five hours a night, but not writing at all. It didn’t really matter though. I knew that while this opportunity was there, and folks were taking a look at my book, I had to put as much work into marketing as I possibly could.

Then, the pirates showed up.

“My Temporary Life” showed up on a piracy site. Someone had taken my work, changed some things, and was giving it away. So, we quickly sent a letter to them, and the owners of the site were kind enough to take it down right away. I remember years ago, sitting in front of my computer and playing with Napster, and I felt karma kicking me solidly on my rear end.

Throughout all this, as other authors saw that my book was staying high in the rankings day after day, I began receiving a lot of emails asking what I’d done, or more specifically what I did differently. Well, I did a lot, and I can’t even begin to list all the things I did before this happened. But there are two things that I can definitely recommend. One is Bob Mayer and Jen Talty’s book – The Shelfless Book. The book is actually the contents of their course that I took just before my epbublishing adventure began.

My other recommendation is the Master Koda Conference. This is an online conference that covers all aspects of epublishing including a section called, “How to get to #1 on Amazon.” It’s going to touch on the things that authors do to strive to get to Amazon’s upper echelons. I’ve been asked to be a presenter there, and there will be a ton of other very-qualified authors, publishers, and editors. It’s March 28th and 29th, in case you want to participate.

Our sales have tapered off a little bit lately, but we are still high in the rankings and currently have over 50 Five Star Reviews, 8 Four Stars, and 3 One Stars, giving us a 4.6 average. And, oh yes, the sequel has been started. “My Name Is Hardly” is now underway. I’m aiming for a December release (gulp). So, thank you everybody for Facebooking, and Tweeting, and emailing your friends. Every time you’ve told someone about my book it made a huge difference—to the book that over 120 agents and publishers rejected (oops, I said it again). It doesn’t matter now, the word is out there, and people are enjoying the book, and that’s all I really wanted.

Martin Crosbie’s personal passions are running long distances and writing. He currently makes his home in Vancouver, British Columbia, Canada with his long-term partner, Jacquelyne, who permits him to spend days on end locked in their spare room, talking to imaginary characters, and making up stories. You can learn more about Martin on his blog, on Facebook, and Twitter at @Martinthewriter. My Temporary Life is available on Amazon.com.

A version of this article previously appeared on Martin Crosbie’s blog at MartinCrosbie.com. [subscribe2]