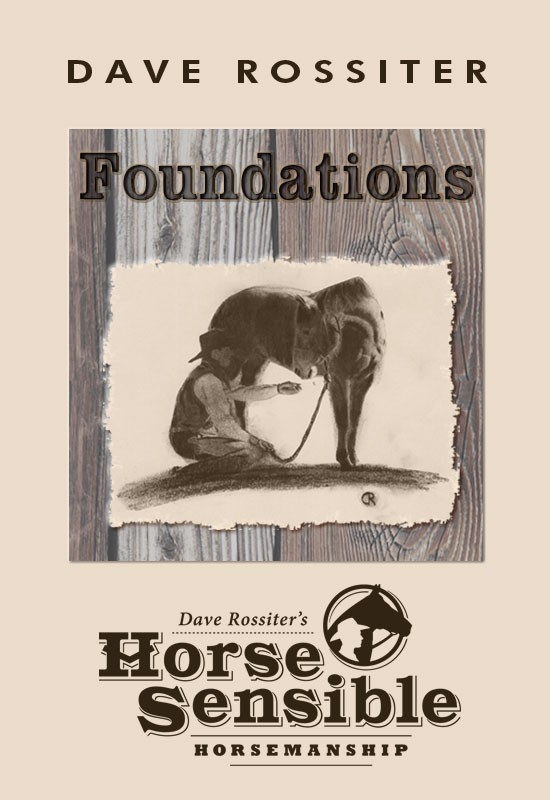 Today we get a sneak peek at a nonfiction title by horse trainer Dave Rossiter. His book Foundations: Dave Rossiter’s Horse Sensible Horsemanship is available on Smashwords and on Amazon.

Arizona horse trainer Dave Rossiter looks back on knowledge gained through experience and a little help from his friends, which brought him success with horses and built the foundation for his “Horse Sensible Horsemanship” program.

Dave then goes in-depth on how to “read” a horse and how adjusting your training program to suit each particular horse’s physical and mental profile reaps great rewards.

“Foundations” is the first in a series of books written in support of Rossiter’s Horse Sensible Horsemanship program which takes the horse enthusiast on a journey of equine understanding, focusing on leadership, trust, communication, and safety.

Dave has been working with horses since the age of ten, and is a successful trainer and clinician in Gilbert, Arizona. You can learn more about Dave at his reality video horse training website at HorseSensible.com.

The old guy that owned the ranch went by the name of “The Colonel.” He was a big heavy-set fellow who walked with a cane, had big white suspenders, and always had an unlit cigar in his mouth to chew on. The guy was a true horse psychologist, or nagologist as he put it—he thought of himself as a nagologist since he referred to horses as nags—and an expert in describing herd dynamics.

The Colonel was not a picture of health, but spending his whole life around horses, he really knew his stuff. … The Colonel would pick out a nag, as he termed him, and describe his eyes, ear set, head and nose shape, and color. From that, he would process the information and say: “Son, that pig-eyed, long-eared, steep-muzzled, roan horse will be a handful, not a nagality that you prefer in a good saddle horse unless you have a lot of time and patience. He’s smart, but stubborn.”

Or he would point out a nice sorrel horse with a lot of sclera in the eyeball and say: “That horse has too much white in the eye. He grew up not seeing as well as the other horses, and getting pushed around all the time. He will always be scared of his own shadow. Don’t try to make a parade horse out of him or you will waste a lot of time and probably end up in a wreck.”

The Colonel would point out certain horses and describe how they were communicating via certain body parts like ear, feet, and body position. It’s like he would read each horse by subtle body movements and mannerisms. From that point forward I looked at horses a little differently, focusing on how their characteristics might influence personality or as the Colonel would say, nagality. And it was really the first time that I saw first hand how large herds of horses communicate and interact in the wild.

Looking back, the Colonel was a wealth of information and had obviously come in contact with a lot of horses in his lifetime. I really appreciate the fact that I had the opportunity to spend so much time with this guy whose experience and knowledge never hit the big time, but influenced my life nevertheless.