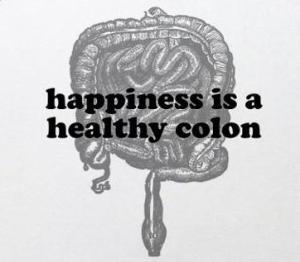 And now for something completely different… I’m going to say a few words about grammar, and editors. And colons.

First-things-first for all you authors out there: You need an editor. I don’t even mean at the story/plot/character level, though a good editor is invaluable there, too. For my purposes here I just mean strictly as a proofreader. You may not think you do, but you do, and not because you can-t rite gud English. The problem is that the human brain is a really weird bundle of nerve cells and it can do a lot of stuff that is going to screw you up half the time. For example, yuor brain kan rdea ths sntnace adn undrtsnd it, evan thuogh is it gibberish. That is the brain’s job. It tries its damnedest to make sense out of the insensible, and if something is close enough to a pattern that it knows, it is going to breeze right by and get on with contemplating The Eternal, or girls, or chocolate.

This can be fatal when you are trying to proofread your own writing, because your brain already knows what you meant to say. So if you were even in the ballpark, good enough, let’s move on. Yes, there are a lot of tricks that can help: Reading backwards, blowing up the font, reading out loud, etc. But some things are going to get past you, as your brain knows you meant “read” and not “reed,” and in any case it might be wondering who the D-backs starting pitcher is today. You’re going to need a second pair of eyes that are not attached to the same brain that made any errors in the first place, to have a decent chance at catching them.

Oh, but that’s not all! There is another reason why some sort of “professional” editor is going to save your writerly butt, and that is because the tool we are using to tell the story – language – is a hot mess. The idea that a good proofreader can “fix” any errors, and make the wrong things right, is inherently flawed. “Why?” sez you, and I sez: Because a language is a living thing. It grows, and it changes, and the rules of usage are totally dependent on how fallible, foible-ridden, F’d up human beings are using it right this very minute. Which brings me to colons.

Back in the misty days of yore, when a person had to rise and walk to their television to change channels, I was taught a simple rule for how to capitalize after any colon or semicolon. I won’t even go into usage of those marks, though it has been touched on here at IU before (nods to Cathy Speight). The rule as I was taught it was this: A semicolon is like a comma, and a colon is like a period. Capitalize the next word after the colon, but not after the semi. (Oh, and double space after the colon just like you would after the period, but I won’t even go into that typewriter-era nonsense.)

In preparation for this colon column (ouch), I asked my fellow Indies Unlimited staff if they capitalized after a full colon: Always, never, or sometimes. Some said never or sometimes, several made colon/Milk of Magnesia jokes, then we all started talking about ‘80s pop icon Richard Marx for some reason. It was weird. But the consensus was there was no consensus. Everybody had a rule they had been taught somewhere at some time, and they kept to it. But everybody’s rules were different.

Thus, I turned to that source of all clarity: The Intrawebs. And you’ll never guess…nobody really agrees here, either. I don’t just mean every Tom, Dick, and Harriet can’t cobble one consistent rule together, I mean University websites, Grammar(dot)edu, Strunk, White, and the Chicago Manual all had different things to say on the subject. Most said there were some times you should always capitalize after a colon: Quotes, multiple independent clauses to follow, single word followed by colon, expressing a rule, before a list, court transcripts. But they did not always agree on which of those situations to follow with a capitalized word. In the most common usage where a colon follows an independent clause, the authorities are all over the place. The Chicago Manual says you “may” capitalize, but don’t have to do so. Professional outfits like the Associated Press and the American Psychological Association Publication Manual say “always” capitalize, though of course they aren’t dealing strictly with fiction. Grammarbook says “never.” To no one’s great surprise, it is of course different Across the Pond (or is that “Pound,” with an extraneous “u?”).

Given that the purveyors of official grammatical wisdom can’t agree on what to do after a colon, why am I still saying that a proofreading editor can help with yours? Again, it’s that grey thing in your noggin’. Your brain is going to follow the rule it knows, or thinks it knows, and unless someone else who knows a different rule questions it, you are going to be blissfully unaware that there may even be an issue at hand. But if a proofreader raises a red flag, at least you have a chance to think about it, decide what rule you are going to use, and then make sure you use it consistently. Capitalizing or not capitalizing may be something akin to a style choice at this point rather than a hard-and-fast rule, but if you do it differently in the same situation in the same book, you are inarguably wrong.

So go hug your editor, your brain needs their brain. And don’t get me started on hyphens.

“It was probably the worst ending to anything I’ve ever read or seen in my whole life- and I’ve watched UltraViolet and Sunshine and read some pretty terrible books.”

My Sister’s Keeper by Jodi Picoult

M. Edward McNally is the author of the Norothian Cycle books: The Sable City, Death of a Kingdom, and The Wind from Miilark, and multiple free short story volumes titled Eddie’s Shorts. He has been writing for twenty of the last thirty years and does not recommend the ten year spell of writer’s block in the middle. Ed is a contributor at Indies Unlimited (IU Bio Page) and tilts at his own windmills over at http://sablecity.wordpress.com/[subscribe2]

23 thoughts on “Ed’s Casual Friday: After a colon…a hot mess.”