Launching a new book is like owning a car you have to push everywhere. It’s hard work. What we always hope is that enough people will come along to help push hard and fast enough to jump in, pop the clutch, and take off. You’re trying to get your book from zero up to highway speed as quickly as possible. To accomplish this, you have to overcome inertia. The problem is that inertia is a pretty formidable force. Things that are not already moving have a natural resistance to being moved. It takes a tremendous amount of energy to get anything moving and continual expenditures of energy to keep things moving.

On September 1, 2013, Brooks and I officially launched our newest collaboration, Triple Dog Dare. The entire marketing strategy for this book is complex and layered. An early draft of the plan called for human sacrifice. We’ll see how things go, but we may revisit that part.

For today though, I want to focus on only one element of that plan. We recruited a large number of people to serve as readers for the advance review copy, who agreed to then prepare and post their reviews on the day of the launch. The idea here being to launch that baby with a splash.

I had in mind a certain number of reviews I wanted as a baseline, so we overshot the number of ARC readers by a margin I thought would accommodate the usual problems one sees in managing a large group of people in a project:

I forgot.
The dog ate it.
The sun was in my eyes.
I was sick whatever day that was or is.
I didn’t get that e-mail where you explained all the stuff and things.
My court date got moved up.

You can figure that not everyone who starts with you will finish with you. I was prepared to lose about 40% of the ARC readers for various reasons. Of the total number of ARC readers in the project, 60% did not come through. That put us well below my original baseline for reviews.

My original figure was arbitrary anyway and we still netted more reviews right out of the gate than with any book either Brooks or I have ever launched. In the heat of the moment, it can be dispiriting. It must be how the loser in an election feels when watching the numbers flag in the last few precincts and realizing it’s over.

But it’s not over. An amazing number of people went above and beyond and got us off to a great start.The launch has been very successful. Brooks and I really appreciate all the folks who read and reviewed. We also know some people will still get around to posting their reviews, and we’ll still appreciate that whenever it happens. 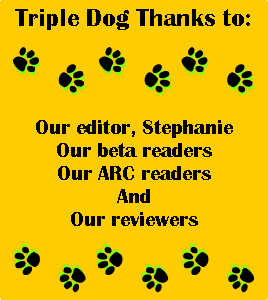 Things happen – family emergencies, unexpected company, etc. The take-away lesson is not that you can’t count on anyone – it’s that you can’t count on everyone. This was an amazing and intense experience. We are thankful to have so many friends and fans who were willing to go that extra mile for us. Special thanks to Stephanie, our editor, the members of the beta reading team, and the ARC readers and reviewers deserve a special hat-tip. Thank you one and all.

30 thoughts on “A Burst of Inertia: Adventures in Book Launching”