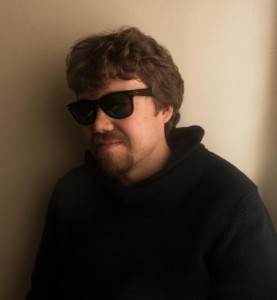 People come up to me – at bars, restaurants, half-way houses, and ask, “Forbes? That you?” After a few moments of sideways glances and awkward chatter, they will soon say to me, “Boy, Nighthawks at the Mission (available at Amazon.com now), you really set up a world there, whoa, I gotta say, you know, that world you built in that sci-fi story, yowza.” And I’ll nod and glance at my watch and exit the room quietly after making an excuse as I do not like talking to strangers.

After I’ve walked away and soon realize I left my keys in my other jacket pocket and I have to wait around an hour for my wife to come open the front door, I sometimes reflect to myself, what is world building? How does one do it without submerging the real stuff of story – the characters, the plot – and explain this new setting to the reader who doesn’t have the privilege of sitting inside my brain the entire day?

When I started writing Nighthawks at the Mission (available at Amazon.com now) I didn’t even exactly start with the story. I started by making up the actual entire world that this story would inhabit.

In sci-fi, I think it’s a must to have a world built and put together that the author is fully cognizant of. This is for science fiction writing that’s set clearly outside our contemporary and dull universe. Think of 1984 without its setting – it would just be just an odd book about Winston Smith having a bitch of a time with his job while indulging in thoughts about raping and murdering the younger office worker who he then falls in love with while under the ever watchful eye of his possibly imaginary Boss.

Anyway, the point of building a world here is to set up the “rules.” Magic or technology works like this, and not like that (not everyone has a laser gun, a few do). People talk this way (in slang or technobabble). This isn’t to limit yourself, but to know exactly what sort of world your characters are dealing with. Maybe you start to think up what characters might have in their everyday inventory – wands or sonic screwdrivers? Where do the characters live – in “Airstrip One?” And where exactly in “Airstrip One?” That green field that Winston bangs that girl in, or London with those trippy clocks? Who runs the place – Master Blaster or Aunty Entity? Do your characters eat people or snausages? You should know this before writing otherwise there’s gonna be a lot of odd re-writes later.

The point of the exercise in world building is just to know where your characters are at, to anchor them somewhat to a reality you are creating. It’s also to avoid any ass pulls later in your story just because you thought up something that really doesn’t fit.

My feeling is that the readers of a science fiction book are tourists in this new world and I as the writer am going to give them the grand tour.

When you’re showing off this world you made up for science fiction, don’t be that tour guide who keeps droning on and on about some 15th century crap no one cares about. Dribble the information out. Go back to Orwell for a moment- “It was a bright day in April, and the clocks were striking thirteen.” It’s a subtle but major hint that the cozy, sugar-coated world you are escaping by reading is different from the world that Orwell made up. At no point does Orwell just slam you full of information. The next paragraph after that isn’t “Winston Smith woke up from his gin-induced stupor and thought of the revolution, the atomic wars that had brought about the revolution, and how his mother was eaten by rats desiring chocolate. The Outer Party he worked for was like our middle class and the Inner Party is a bunch of pigs. Oh and he was unhappy because sex was banned unless for the purpose of creating soldiers.”

Everything is dribbled out in delicate doses in 1984 just like a good tour guide who gives away a nice anecdote while passing a place or exhibit or colorful hobo soiling himself.

Anyway, long story short, don’t drown the reader with a bunch of information about your world, just leak it out, and make sure you know the environment your characters are operating in well before you set down to write.

Forbes West has written two short films that will be released in 2014: Tipsy, a comedy, and On The Border, a western. His first novel, Nighthawks at the Mission, will be out soon through GMTA publishing. Connect with Forbes on his blog or learn more about him on his Author Central page.