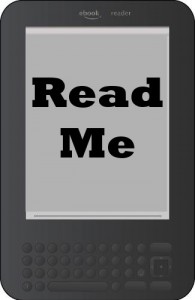 In our last exciting episode, we talked about the reasons why writers should also be readers. And as promised, I am here this week to stave off the objection I know for sure is coming: “But I don’t have time to read!”

Sure, you do. You just need to take a look at your day, and plan ahead a little bit.

I’ve got my own strategies, but I figure I don’t know everything (as my children are only too happy to remind me). So I posted the question on my Facebook page: When and how do you find time to read? And I also polled some experts on finding reading time: my friends at Kevinswatch.com, the official message board for fans of Stephen R. Donaldson.

The advice I received ranged from the sublime (“Pretend everything you read for work is fiction – most of it probably is”) to the somewhat ridiculous (“You were born alone, you’ll die alone… pass the time between existential voids with books!”). In between those extremes were some nuggets we can all use to maximize our reading time.

So there you have it – a whole host of suggestions for finding time in your day to read. The biggest challenge is probably for parents, because – as I know from experience – kids tend to suck up a lot of your free time. But as I also know from experience, they do sleep. Eventually. Most days.

13 thoughts on “Finding Time to Read”