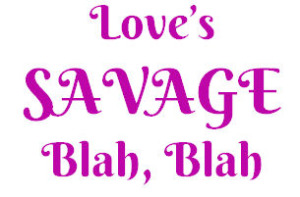 Control: I believe that is the best aspect of self-publishing. Sure, in the discussions that rage endlessly across the internet about trad-publishing vs. self-publishing, the major issue always seems to revolve around money. Yes, we get better royalties when we self-pub. When my first book was published by a NY house, my royalty rate for the first 100,000 books sold was ten cents per book. You read that right: ten cents. After that, it “jumped” to twenty-five cents.

But that issue has been beaten to death. I believe people overlook the bigger picture of self-publishing, and that’s having control over the way the book is packaged and presented.

The number one issue is the title. The title gives our readers the very first glimpse of the story. In just a word or two or three, we have to convey some idea of the story line, the genre, and the overall feel of the book. That’s a tall order.

My first book was an historical romance. Not exactly high literature, but that’s what I was reading at the time — reading and having extreme disappointment in. With almost every other book I read, I found myself muttering, “I can do better than this.” So I did. My book was set in the American West of the 1800s and the protagonist was a half-breed, raised white in New York society, who ran away to Kansas to search for her Cheyenne family. I titled it The Rare Breed.

When I sold that book to the NY house, the first thing they did after I signed the contract was change the title. My book became Love’s Savage Destiny. Believe me, I was not pleased. My book was not a bodice-ripper, and I wasn’t too keen on it being presented as such, but all of this was now beyond my control. In my haste to hook up with a traditional publisher and have a credible house logo on the spine, I had given up any influence over the cover or title of the book. The cover, luckily, wasn’t bad – not overly titillating but still suggestive. My book was definitely on the sensual side, but although the sex was graphic in a flowery way, I always felt that the real story was the heroine’s growth through her journey. The title and cover implied no growth except perhaps in the leading male character’s anatomy.

I still remember the first time my husband and I went to a chain bookstore to see if my book was on the shelf. The store had one huge wall full of romance novels, and we both scanned the shelves looking for mine. No, no, no, no … After several minutes of fruitless search, my husband finally said to me, “There’s a lot of Savages up there.” And there were. Way too many.

Because my publisher had the option on my next book, I dutifully sent it to them. It, too, was a western romance, this time set in Arizona’s Superstition Mountains. Again, the romance was strong but still secondary (I thought) to the heroine’s struggle to understand the father she never knew, the one that left her gold from the Lost Dutchman Gold Mine. My title was Superstition Gold, alluding not only to the literal gold but also to the gold of her new-found romance and relationship. As before, I would never consider the book a bodice-ripper.

My publisher begged to differ. I received a letter from them announcing the new title of the book was Love’s Savage Embrace. They also hoped I would be as “thrilled” with the title as they were.

It was at that point that I swore one day I would write a romance novel and call it Love’s Savage Armpit.

In any event, both books went through several iterations with my publisher and then finally were allowed to lapse out of print and the rights reverted back to me. Still uncomfortable with the bodice-ripper association, I republished them under my original titles and with less titillating covers, although I do reference the other titles on the publication page. (I’d hate to have readers think they were hoodwinked into buying the same book twice. “Hey, this sounds familiar….”) But I’m much happier with the books being presented in a more thoughtful, less scintillating way. Sure, I like sex as well as the next guy, but I’d still rather that my readers know my stories have more to them than that.

And now, being self-published, I can do just that.

Some of you might be wondering, did my books sell better with my titles, my covers, or with the publisher’s? It’s impossible to say; it’s apples and oranges. When the publisher put the books out, they were in drugstores and grocery stores, available in the turning wire racks where impulse buyers might see them. Now that I market my own books and the industry has changed so much, all my promotion is online or in person. The only thing I can tell you is that both books now embody the vision I had for them from the very beginning. They are my books: my stories, my titles, my covers, my packaging.

That’s the freedom of having total control.

30 thoughts on “The Issue of Self-Publishing Control: Book Titles”