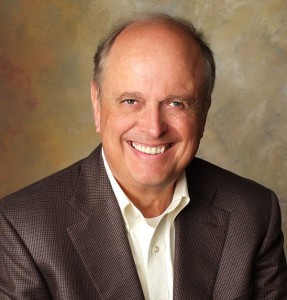 I did now, in early 2012, have a third novel in good shape and had not lost the yearning to find readers. The new path to self-publishing now looked open and far more worthy than it had been just five or six years before. I decided to try it.

Over the years, writer friends had regaled or lamented their own Kirkus reviews, and I noticed a fair number of agents and traditional publishers touted the good to great Kirkus reviews. I looked a bit further and learned Kirkus will review manuscripts. I was particularly taken by two aspects: 1) the truly independent review by a total stranger, and 2) the ability to never let the actual review see the light of day if only warm or worse. The price seemed steep but in line with other costs I had or would incur to produce the finished novel in its three formats.

I sent off my manuscript, an easy process with some immediate guidance from the Kirkus administrator assigned to me and mine. And…within the promised five weeks, I got the review. It glowed, sang, put me over the moon. It contained one tiny criticism — that the novel ended too soon. That was both correct and fine with me, as I had a sequel in mind. Swaths of that review made the back cover of that novel, made the inside page of accolades, and made my web site.

That novel came out in late 2012. In 2013 it received a B.R.A.G Medallion, was included in Awesome Indies, and was honored as the best published historical of 2012 by the San Diego Book Awards. I’m fairly certain that the Kirkus review helped it garner those honors. I’m also fairly certain that sales have been helped by that review, though I can’t quantify the impact.

A little over a year ago, I had my next novel ready to go–somewhere. By now I was truly torn between self-publishing once more or again trying to find a reputable agent and sale to a solid publisher. Some of my writer friends scoffed, said any agent would deem the Kirkus review of a manuscript to be a newbie move. But I remained impressed by the many agents and publishers who continued to use quotes of good Kirkus reviews from their clients and authors. So I repeated the cycle.

Again the Kirkus review came in before the deadline. This one glowed more brightly than the earlier review. It had not one negative hint, not one hedge. Even though it was again only for the manuscript, the Kirkus editors thought well enough of it that they published it in the December 15, 2013 Kirkus Review paper magazine.

Armed with this Kirkus review for my next novel, I sent off a handful of queries to reputable agents. My query letter quoted that review with only a couple of other sentences about me and my first novel. As a result I am now represented by a senior agent at one of best literary agencies in the US — and our first round of submissions to publishers quotes the Kirkus review in full.

This writing journey is often daunting, seemingly impossible without a prominent last name or family connection or some unaccounted-for good fortune. My two Kirkus reviews have made my journey a whole lot easier, leveled out the terrain a bit.

4 thoughts on “To Kirkus, or Not, Times Two”