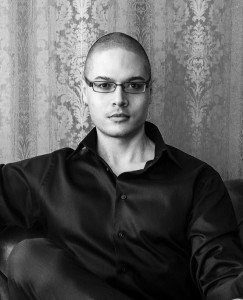 Artists are the soul of our society. The ones that influence as well as reflect — in language or other mediums — the morality, beauty and ugliness of our world. Writers, specifically, hold great power. Look to Stalin, Steinem, Nietzsche, Woolf and countless other literary exemplars to see that the pen is indeed mightier than the sword. Writers hold influence, whether we accept this responsibility or not. Now, assuming that we do embrace it, bearing in mind that not everyone needs to, we then need to look at the finer points, the invisible moral signals behind our writing. What messages do our characters convey? How are we influencing our readers? For better or for worse? Depending on your politics and beliefs, the answer to that question will vary. For the purpose of this dialog between you and me, let’s assume that you’re in my camp: valuing freedom above oppression, with a mix of liberal and conservative opinions.

When I write heroines and heroes, I write them based on the role models that I’ve known in my life. Strong, but suffering moments of weakness. Brave, but not unflappable or made of iron. Smart, but not so smart that they’re annoying know-it-alls. You know, relatable, believable folks. Write a believable character, and you’ve won half the battle with getting people to like your book. These characters are the folk I’d like my children (whenever I’m blessed with having them) to hang out with. One of the reasons why I write such characters, and focus in particular on developing my female leads beyond stereotypes, is because I am quite tired of the tropes in current literature, especially young adult novels. I understand my influential role and I want to broadcast a different message. I think that there are better things to educate our youth on than love triangles and falling in lust with mysterious, broody, possibly vampiric strangers. In fact, those are probably two things that people can safely avoid until a few drunken nights in their early 20s — though that’s just my opinion and personal experience.

Since I only have 750ish words, I best be gettin’ to some kind of a point. Points, rather. Here they are:

Men and women are different, yes. Although beyond certain biological particulars, they aren’t as emotionally different as we railroad them into being. We all love, hurt and need. We all have the same emotions, and if we could somehow strip away the pretence, and the generations of enforced “masculinity” and “femininity”, we’d find a near perfect commonality. We’d find some really interesting people, which is what we want to write. That’s probably not going to happen anytime soon. Until that Star Trekian era, just write stronger leads: male, female, horse and circus monkey. Write heroes and friends for our children. The world has enough Mary Sues and Sir John the Knights. We know those roles, and many are sick of them, only we’re so inundated in stereotypes that we don’t realize this is the case.

Grand ambitions? Empty bluster? I know that I’ve thrown my feet—and ideals—to the fire of my readers. I’ll let them decide. Are you brave enough to do the same?

Christian A. Brown has written creatively since the age of six. After spending most of his career in the health and fitness industry, he published the epic fantasy Feast of Fates in 2014. He plans on releasing its sequel early in 2015. For more on the magical and strange worlds that Christian chronicles, visit his website and his Author Central page.

27 thoughts on “The Power We Hold as Authors”