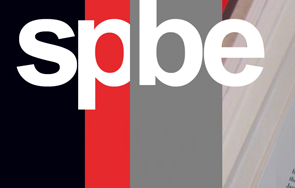 What a difference a year makes. New York’s Self-Publishing Book Expo, now entering its sixth year, has followed alongside the evolution of indie publishing, more or less. It’s a unique show designed to help self-published authors network with service providers and learn how to navigate the marketplace to publish and promote their books more effectively. But the most recent show, from the exhibitors to the presenters to the audience, had some huge differences—some good, and some that made me want to punch a wall.

For one, our own fabulous and savvy Lynne Cantwell met me there, so that made it more than worth the price of admission and the train ride. We also split up and attended different workshop tracks so we could compare notes later. Here are the major takeaways that I gleaned from the show:

1. The “anti-Amazon” vibe. I sensed this in subtle and not-so-subtle ways, from the drumbeat of “broad distribution” I kept hearing from presenters, to the selection of Smashwords’ founder and CEO Mark Coker as the keynote speaker, to the lack of certain key players in the exhibit hall. CreateSpace, proud flaunters of a double-wide booth at BEA, was not at this conference. Not a bookmark. Not a whisper. Lulu, instead, was SPBE’s “gold sponsor.” And the struggling Nook Press was there beside it.

2. New authors need to be more informed and market-wise than ever. During his keynote, Mark Coker said that what worked yesterday to sell a ton of Author A’s books might not work today or tomorrow…for you, or for Author A. And he was quick to note that you are launching your book into a marketplace where the competition is getting fiercer by the minute.

But according to some vendors at the show, this justifies the prices you’ll be asked to pay for their services—some services that you might not even need or those you can, with not a very steep learning curve, do for yourself. Yet with each bit of misinformation being fed to the eager new authors in the workshops, I grew angrier. Some was out of date (you do not need to convert your manuscript file to a mobi or prc to upload it to Amazon’s KDP anymore) and some seemed plain old self-serving. Lynne and I could have made a drinking game out of the number of times a presenter said something and we glanced at each other and whispered, “That’s not true.”

I’d urge all independent authors to evaluate the source of the information they are getting. Of course a company that sells a service is going to tell you that you need it…in mass quantities…and frequently! For example, a company that sells ISBNs told one workshop member that you not only NEED to buy an ISBN (many authors get alone quite fine using the free ones from CreateSpace and Smashwords, but that’s a blog for another day), but you need to buy them in large blocks and have one for every single e-file type you publish. For 95% of independent authors, this is just wrong. Yes, if each e-file type comes with its own proprietary DRM software, it is correct that you need an ISBN for the mobi, the epub, the printable PDF…but most independent authors don’t have to sweat over this one.

3. Like savvy indie authors, this is a show that listens to feedback and makes changes accordingly. Last year, an exec from Atria (a publisher that will “self-publish” you) did the keynote. C-Span covered it, and about 25 minutes of the 35-minute show focused on the keynote, making it look to the casual viewer that publishing on your own requires, uh, a publisher. This year, publishing companies did not have a presence and more “support” services (editing, cover design, companies that will help you find the partners you want) were on hand. Apparently the organizers of the expo have heard it loud and clear that having someone else “self-publish” you is not the best deal for a lot of independent authors. This year, also responding to feedback, they broke out the workshops into beginning and advanced tracks. Unfortunately, they planned all the beginning ones in the first time block, leaving not-so-newbie authors either walking the show floor or sitting through material they already knew.

4. Some things haven’t changed. Out of the relatively small number of exhibitors, three booths were helmed by purveyors of trade reviews. (Blue Ink, Kirkus, and Publisher’s Weekly.) Survey after survey suggests that readers give the lowest priority to trade reviews when they are considering which book to read next. And readers are our customers, yes? But if you have the scratch to pony up five hundred bucks for a review, have at it. I don’t.

5. You’re on the right track. Coker reiterated that it’s tough to stand out in the current glut of content—good and bad. But if you continue to hit the marketplace with a quality product, professionally edited, with a professional cover and all the things we keep talking to you about, you’re on the right track. He stressed networking with other authors—something I’m all for, along with my fellow IU minions—to help share information and support. In essence, lion-taming might be an easier profession, but if writing and publishing is your passion, don’t give up, keep your mind open for better ways to do things, and dream big.

I hope next year they take our suggestions and offer more for the not-so-newbie author. So, let’s hear from you. Which companies would you like to see at a show like this? What do you want to learn more about?