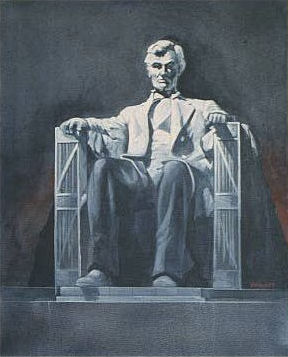 The other day I was being interviewed by a reporter at the local paper for a weekly column called A Day in the Life of …  These columns feature local, everyday people, from business owners to artists to worker bees to civil servants and volunteers. My particular column was to be A Day in the Life of a Writer. The reporter and I know each other, so the mood was casual, more a friendly chat than a grilling. He asked many of the questions I’ve fielded before: what genre(s) do I write, how did I get started, etc. Pretty much your basic interview. Suddenly, though, he asked me a question that poleaxed me. I sat there, mouth agape, brain churning, trying to figure out the answer to something I’d never thought about before.

“Have you written your best book already, or is that still to come?”

It was a serious question and it required a serious, deliberate answer. It also required me to delve deep inside myself right at that moment and find out how the two options felt. Had I written my best book already? I’ve got twelve novels and one non-fiction to my credit, all of which have been well-received. But my best? No. I knew on a visceral level that I still had more to come, more and better. I may never write the Great American Novel, but I knew without a doubt that I will write more stories, and they will be good ones. No, I have not yet written my best. I’m still on the rise. I’m still on the upswing.

I told the reporter about my father. He was an artist all his life, a commercial artist by day but a wonderful representational artist in his free time. I’m sure you’ve never heard of him: Howard Munns. He sold some of his work through a handful of galleries around the country, but he was a quiet man, unassuming and modest, and he was not comfortable promoting his work nearly as much as the rest of the family thought he should. He was self-taught and had a lifelong love affair with the landscapes and wildlife he painted. He died some years ago at the age of 90. The truly remarkable thing about him, though, was the fact that he was doing his best work when he was in his 80s. His eyesight wasn’t good, and if you looked closely you might see little places where the paint didn’t cover the canvas, but the pictures he was painting in his last years were the most beautiful and inspired work I had ever seen him do. The picture above, the statue of Lincoln in the Lincoln Memorial, was done when my dad was about 84 years old.

How many of us might be able to say that?

On the flip side, I can think of two authors right off that, in my opinion, peaked early and have never duplicated their best work. Stephen King’s The Stand is by far (again, IMHO) his best work. Compared to this, I find his other work to be commercial and uninspired, although to be fair, I must admit that I haven’t read any of his in the last few years. John Irving reached a similar pinnacle with A Prayer for Owen Meany. Likewise, his other works pale in comparison (and I freely admit I have not read every book he’s written). For both of these authors, the named books were absolutely perfect gems set high above the dross of 99.9% of all other books. I would kill to write a book like that.

But I would never want to know that my best book was behind me.

So what about you? Where are you, as a writer, in the story arc of your life?

50 thoughts on “Where Are YOU in Your Own Story Arc?”