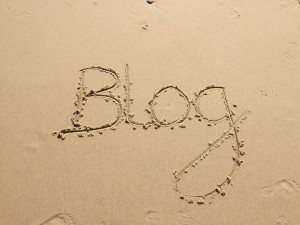 As an author, most of us find we also have to be bloggers in order to let the world know about our books. This sort of blurs the lines of what makes a true blogger – and why would someone who is not a writer want to spend the hours it takes to share content? Where are their rewards?

If you have your own blog, you know that it’s a lot of work. And featuring other people on your blog can sometimes turn into a nightmare. But what about getting yourself featured on other blogs? Here are some tips from bloggers to help you do it the right way. END_OF_DOCUMENT_TOKEN_TO_BE_REPLACED

Last month Karen Wojcik Berner shared a post on blog tours here at IU. As I was reading, it occurred to me that a discussion of blog tours from the perspective of a blogger might be of interest and potentially of value for authors, whether they’re doing the hard work of putting a tour together on their own or hiring one of the many blog tour operators to coordinate the effort.

Personally I have a love/hate relationship with blog tours because they have plenty of positives for a blogger, but depending on the blogger’s perspective, a non-trivial list of negatives as well. I’ll start with the good. END_OF_DOCUMENT_TOKEN_TO_BE_REPLACED 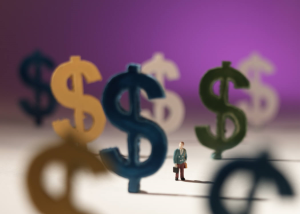 I attended elementary school in the seventies. As a kid, I knew what hippies were and one of our teachers even explained communes to us too, or more specifically, her opinion on the breakdown of communes. The teacher told us that the ideology behind communes – everyone contributing and helping each other – was a unique concept but ultimately the system would always break down. According to her, problems always arose and the lifestyle built on humility and benevolence would fall apart. They didn’t all fall apart though. One of the more famous is Farm Community Commune in Tennessee. It’s sometimes referred to as the Mundo sister’s commune. It’s still active, but they had to make changes too.

Those old hippies were paying it forward, just like many of us do today. Fortunately, in our ever-interesting world of self-publishing we don’t have to live in a communal setting. Many of the authors who have excelled and managed to connect with thousands of readers have indeed paid it forward though, and they’ve passed along their time and knowledge to others. Their motivation varies. For some it’s because they were helped themselves and want to pay back, and for others their mandate is to help professionalize our industry and raise the quality of presentation and content higher and higher. Both are noble intentions and I like to think I do my little bit to help achieve both aims. As authors we’ll ultimately gain followers and perhaps readers by adhering to this philosophy. We’re not the only ones paying it forward though. END_OF_DOCUMENT_TOKEN_TO_BE_REPLACED

Be honest: who among us indies hasn’t fantasized about having the sort of publishing success that E.L. James has had? Say what you will about 50 Shades of Grey, the woman knows how to sell books. What’s her secret? Here with the inside scoop is Donna Huber, marketing professional, author of Secrets to a Successful Blog Tour, and book blogger at Girl Who Reads.

Donna, thanks very much for taking a seat in the comfy chair and submitting to this LynneQuisition. First…well, I have to ask: How did you end up working with E.L. James?