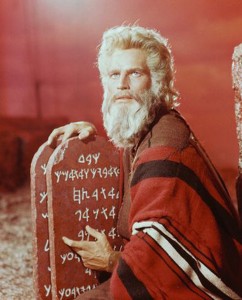 One of the noble goals here at Indies Unlimited is to help other writers along this dark and winding road of putting words down on paper. (Okay, I know. Only six people still write by hand, but bear with me). And of course after that, we’re all hoping to sell those words to the legions of eager readers who have been waiting their whole lives to partake of our literary mastery and storytelling prowess, whether they know it or not (they don’t).

Here at IU, and in every other place writers gather for that matter, that help is rendered in large part by giving advice. Most often, unsolicited advice. And that’s great, as we are all at different points along our writing road, and nobody has been doing this whole Indie/Digital publishing thing for more than a handful of years. Everybody has some experience they are willing (and sometimes falling over themselves) to share. If you can count on nothing else as a writer, you can be sure that somebody out there is going to tell you how they do this most individual and internal process of creation, and why you should do it their way, too.

As I am sure you all have been inundated with enough helpful hints, there’s little I can add to them at this point.  Instead, for a change of pace, I would like to offer you some truly awful writing advice.

Ed’s 10 Unviable Commandments of How You Should Be Writing.

So, the story you want to tell works better with a prologue?  Tough. You see, some people don’t like them. They probably couldn’t say why if you asked, but it doesn’t matter because they just don’t like them.  Ergo, no book is allowed to have a prologue.

This is what Mimes do. Everybody loves Mimes.

Please, anything else would be like someone who’s never been to space writing Sci Fi, or an author who has never killed anybody trying to write a mystery.

4.)    Constantly post what you’re working on and ask for feedback.

Because really, why would you want to write like you write, when you could produce something that twenty other bored writers killing time on facebook have tried to make more like their own writing?

Who cares if it’s good, as long as there’s plenty of it, right? If someone is writing more everyday than you are, that must mean they are better.

Clearly, the main goal any writer should have is to decide ahead of time who might like their book. Worrying about what one ill-defined group of people who surely all like and dislike the exact same things can only make your book more appealing to everybody.

7.)    Do a detailed cast list of who is going to play every part in your book in the movie.

Nothing helps you expand the reality of your characters by basing them whole-cloth on that hot chick/guy who was good in that thing you saw them in that one time.

All readers love wild car chases and flashy explosions.  That’s why they are reading a book instead of watching a brainless movie on their phone.

How else are you going to find your own voice as a writer if you aren’t constantly reworking the whole book because the last person you talked to doesn’t like stories with cats in them?

10.) Spend most of your time trying to sell your book to other writers.

And for those of you wondering, yes. Unviable/Inviolable was part of the joke. 😉

On an unrelated note, since last week’s post about One-star reviews of famous books was so very popular, I’ve decided that each “Ed’s Casual Friday” will conclude with another one. Call it a cheap pick-me-up for all…and an easy way for me to lengthen my word count. And speaking of big word counts:

“So boring that if you liked it or even finished it outside of school, then you are probably boring too.” Moby Dick, Herman Melville

M. Edward McNally has been writing for twenty of the last thirty years. Ten year spell of writer’s block in the middle, not recommended. He is a contributor at Indies Unlimited and tilts at his own windmills over athttp://sablecity.wordpress.com/[subscribe2]