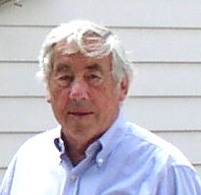 There was an instructor at a prestigious college program in the Midwest who always gave this advice. Never try to write a novel. Rather, try not to write. And if the time ever comes when you can’t help yourself, when you wake up in the middle of night because the prospect of some journey keeps calling you, at that point you’ve got to get on with it and see it through.

In a way, that’s the sort of thing that happens to me. As a case in point, I never set out to write a southern gothic crime-and-blues odyssey. I never even knew such a thing existed. It all started when a friend of ours invited us down to the hill country of Mississippi. As it happens, he’d inherited a backwoods cabin and was in the process of fixing it up. At one point, he suggested that he and I take an exploratory walk. Following a narrow overgrown path, soon we became entangled in briars, edged past some barbed wire as the terrain sloped down and eventually came across some waterlogged broken limbs sticking out like menacing pitchforks. Fearing that perhaps we’d gotten lost, I turned to him and said, “Bob, do you have any idea where we are?”

He gave me a half-wary half-mischievous look and said, “Shelly, I believe this here is Wolf Creek.”

Then and there something began to percolate. Nothing tangible. Perhaps just a feeling that there were buried secrets here that would never see the light of day.

When we did manage to make it back, something about the cabin in the deep woods evoked a vague image of a Confederate outpost, and then a retreat during the civil rights movement, and then an equally vague notion of a caretaker for whom time was telescoped. That is, for him almost simultaneously it was the days of skirmishes with Yankee troops, Federal marshals at Ole Miss, and an abiding anxiety about Washington inflicting more and more liberal mandates.

But again, these were just hazy notions as my wife and I were taking in the backwoods, the cozy confines of Oxford and Ole Miss, the edges of the Delta and, later on, the blues Mecca of Beale Street in Memphis. But every time I happened to mention the Civil War, I was told it was “The war of Yankee aggression.”

Seemingly unconnected at the time, my wife wanted to give some money to a homeless shelter back home. But after we were taken on a tour, I began to notice an abandoned boxcar and railroad line diagonally across the street. I was told down-and-out drifters would hole up there until the weather got really bad. They didn’t mind getting vouchers from the shelter, but they’d be damned if they were going to have to comply with any rules, let alone bed down within the confines of the building.

Later still, other factors came into play, like the downturn in the economy and memories of the long-lost pull of the open road.

There was also an unresolved personal element. When I was just a kid, we moved from a tiny town in Massachusetts to Miami where I found most of my teachers and many of my fellow students had southern accents and a deep allegiance to the South. Which side was I on? Choose or keep riding the fence.

To make the proverbial long story short, it was doubtless the unresolved issue with the South and the imagined unfinished buried secrets back in Wolf Creek that did the trick. What finally emerged after more vital characters came into the picture and I allowed the dynamic to play itself out appears to be a totally different way of working than I’ve come across perusing various leading writers’ magazines. But perhaps that’s just me. If it isn’t self-generating, if it doesn’t feel true and organic, I’d rather keep waiting till I truly get the call.

Shelly Frome is a member of Mystery Writers of America, a professor of dramatic arts emeritus at the University of Connecticut, a former professional actor, a writer of mysteries, books on theater and film, and articles on the performing arts. Among his works of non-fiction are the acclaimed The Actors Studio and texts on the art and craft of screenwriting and writing for the stage. His fiction includes Tinseltown Riff, Lilac Moon, Sun Dance for Andy Horn and the trans-Atlantic cozy The Twinning Murders.  His latest novel is Twilight of the Drifter. You can learn more about  Shelly and his books on Amazon.com, or you can follow him on Twitter at @shellyFrome.