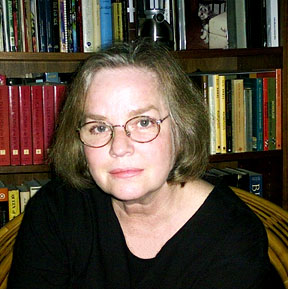 A tired looking man walks into the café and joins a group at one of the tables.
“What a day, guys,” he says. “I wrote almost six pages today; we practically ran out of quill pens. I need a beer.”
One of the men sighs. “Soon this will be the last of your problems, Heinrich.”
“Ha? Problems? Why?” said Heinrich. “You all look so gloomy, what’s wrong? And what’s with Friedrich over there?”
Everyone turns to look at Friedrich, who is sitting at another table, his head buried in his hands.
“He is an illuminator, Franz. He is doomed, and he is afraid to tell Magda and the children…”
“What are you talking about? He works for the best publisher in town!” Franz says. “He has nothing to worry about since they just started writing a new Bible for King Zrob of Khazaria!”
“So you haven’t heard, Franz,” said another person. “You remember last year, when Johannes said he was going to invent a printing press, and we all laughed? Well, he did. The first Gutenberg Printing Machine was just set up right here in Mainz, and he has very important, wealthy investors. Scribes and illuminators are a thing of the past.”
“Na,” said Franz. “It’s just a fad. The kids will enjoy it, but real scholars are not going to look at those things they call books. I remember how he described them, they are so ugly, you don’t even roll them out, you flip pages… who can read like that? And what about art? They will never be able to insert art properly since it will break down between those pages. Forget it, we are fine. Herman!!!! Would you bring me some beer already? And take another one to Friedrich over there, he needs to cheer up.”

It was not a fad, of course, and Gutenberg changed the world of publishing with his printing machine. Indeed, many scribes, illuminators, and publishers went out of business. And now we are witnessing the second revolution in the field of publishing with e-books, self publishing, traditional publishers declaring bankruptcy, blogs, and the emergence of the giant, Amazon.com. The old stigma about self publishing is gone, any writer who wishes to publish has several good options, and many agents are contemplating a career change. And yet… the dream of being published by a traditional publisher is not dead. Most of us still fantasize about the handshake with the agent, the signing of the contract, the advance check, the lunch with the editor, and the joy of having the marketing department take care of promotions. And so we watch the big players – Amazon, the publishers, the government, and the book stores, and we wonder who will win in the end, the “indies” or the “traditionals.” We have no idea.

So when I recently opened my Spring 2012 copy of the Authors Guild Bulletin, I could not believe my eyes. I have been a member since my first book was published, by a traditional publisher. I rushed to belong to them, and paid more than I could afford for the privilege. They have been around for nearly a hundred years, and belonging to them meant that you are part of the establishment. No one is a bigger snob than the Authors Guild, no one is more utterly embedded in tradition. They accepted only those who had at least one book published by one of the traditional.

Until now. Here is the excerpt from the Bulletin:

“The ballot also included a proposed amendment to the Guild’s constitution, which would expand the requirements for eligibility for new members to include those authors who have been published by publishers that are not considered “established” by the current constitution, but who earn sufficient writing income in that regard. The purpose of the expansion is to respond to the changing publishing environment by adding a new category based on income from writing, rather than the type of publisher or number of articles published. Mr. Aiken took questions about the amendment and clarified that the criteria would not affect existing members. The amendment passed with overwhelming support, along with the slate of council members.”

The indies have won.

But what kind of victory is it? What is the worth of belonging to a guild who bases its view of your value not by how good your book is, but by how many copies you sold? During the hundred years of their existence, they never cared about your income. They assumed that if a traditional publisher accepted your book, you are a professional. Your book passed the editorial department, the proofreader, the publisher. You are a writer. But now, they would accept an author of badly edited, trashy books – if he or she was lucky enough to find an audience willing to spend some money. They would accept Amanda Hocking, but not Jane Austen… Of course, they had to change their policy, because soon there will be fewer and fewer new authors published by the traditionals and ready to fill the Guild’s need for members. Had they decided to accept an indie after, say, having three members read his or her book and comment about its worth, it would have been okay. But basing the entire decision on money, they have lost everything that made them stand apart and be a guiding light for authors. Do the indies even need them now?

Ilil Arbel is the author of a number of fiction and non-fiction books, including biographies, memoirs, novels, mythology/folklore, and metaphysics. Her short stories and folk tales have been published by Encyclopedia Mythica, Amazon.com Shorts, and Mountain Muse. She has contributed numerous articles on the subjects of natural history, personal histories, biography, health, education, social commentaries, and Judaic myths. Ilil has a Ph.D. in the field of mythology and folklore. She has lived and studied in Tel Aviv, Paris, and New York, and currently resides in Manhattan. For more information, see her website: http://ililarbel.weebly.com/