Frizzy, ginger blonde hair cascading in an unruly halo around her cheeky, freckled face, highlighting her bright, corn blue eyes; she crouched, cowering in the corner of the interview room like a trapped animal.

The prepubescent urchin, tattered and raggedy in a hotchpotch of styles, had been found on the street an hour previously. Nothing strange about that: these poor, unfortunate children are a fact of life; except that she was covered with blood.

Sitting in a chair a few feet away, Michelle tried to gently penetrate her barrier of silence. “Hi, I’m Michelle… what should I call you?” but she got the same response the police had: silence, and a wary, wide eyed stare. END_OF_DOCUMENT_TOKEN_TO_BE_REPLACED

The Tony Hillerman Mystery Short Story contest is now accepting submissions for mystery short stories that are 2,500 words or less, written in English, set primarily in New Mexico. The story must be previously unpublished. All entries must be postmarked no later than August 15.

There is a $20 entry fee. The winning story will be published in an issue of New Mexico Magazine, probably the February issue which is devoted to books and reading.The winner will receive two tickets to the awards ceremony at the Tony Hillerman Writers Conference and other prizes to be announced shortly. 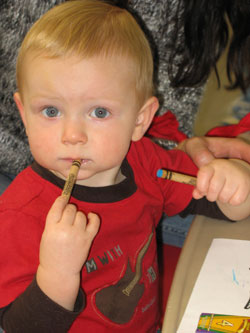 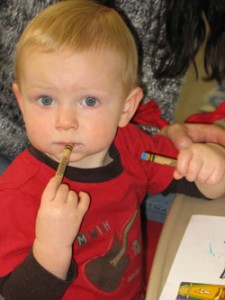 Our wonderful interwebs are full of blogs and writing websites that showcase an endless procession of writing advice and tips. We’ve discussed the pros and cons here on Indies Unlimited many times, so I don’t want to go over old ground. While planning the content of this post in the quiet small hours, however, it seemed like a good idea at the time to take a slightly skewed, bizarro-world look at writing tips using our trusty list format. Now, it seems… well, slightly stupid. But since I didn’t have a backup, here it is, anyway: a new kind of list. Twenty Five Writing Tips That Probably Suck. Seriously, though, I’m not wasting anyone’s time: loosely hidden within this apparent drivel are some actual decent tips, once they’re extricated and unpacked. You’ll see. END_OF_DOCUMENT_TOKEN_TO_BE_REPLACED

Opportunities are what you make of them.

After almost thirty years in computer manufacturing and distribution in Massachusetts, he moved in ’91 with his wife and son to the Phoenix area. He found an opportunity with a Fortune 500 company and put his project and other management skills to good use. Once again the change in computer technology took its toll in 2001 and opportunity knocked again. Finally, after five years with a large health-care provider he retired in ‘09.

Reading and writing was always something his various roles required. However, over time, reading mystery novels at bedtime became a way of winding down. The James Patterson ‘Alex Cross’ novels were a favorite along with Stuart Woods’ novels.

However, creativity got the best of him, and he started kicking around a mystery novel of his own. His first attempt at writing that mystery novel resulted in many agent rejections. Finally, one caring agent indicated that the style was incorrect for a mystery novel. Many years later, and several “how to books” provided the necessary guidelines to allow him to publish his first mystery novel in July 2011 – ‘Serial Separation.’

In March of 2012, he published the second novel in the Scott Tucker series – ‘Scent of Gardenia.’ The third novel in this series; ‘Branded for Murder’ is written and will be published by the end of this year. The fourth, and possibly final novel of this series, has been started.