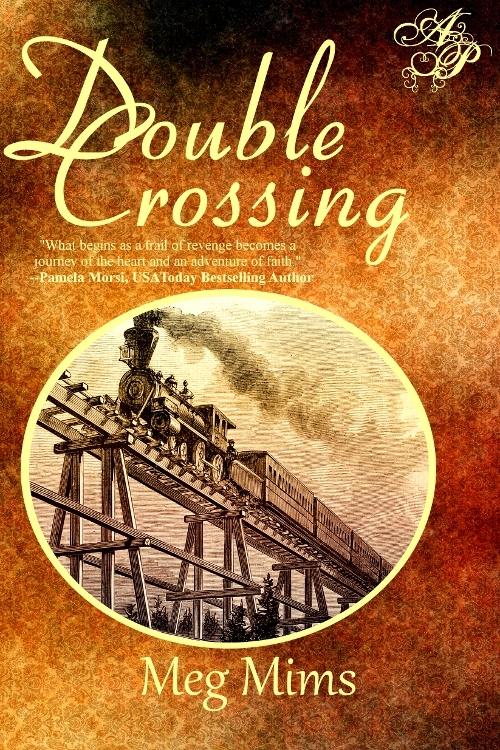 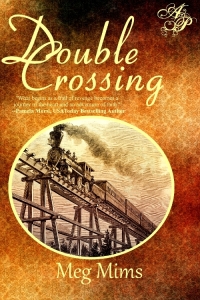 A murder arranged as a suicide … a missing deed … and a bereft daughter whose sheltered world is shattered.

August, 1869: Lily Granville is stunned by her father’s murder. Only one other person knows about a valuable California gold mine deed — both are now missing. Lily heads west on the newly opened transcontinental railroad, determined to track the killer. She soon realizes she is no longer the hunter but the prey.

As things progress from bad to worse, Lily is uncertain who to trust—the China-bound missionary who wants to marry her, or the wandering Texan who offers to protect her … for a price. Will Lily survive the journey and unexpected betrayal?

Double Crossing is available in paperback and electronic editions from Amazon.com, Barnes & Noble and Smashwords.You can learn more about Meg and her book on her website, and you can read the full announcement on Western Writers of America’s website here. 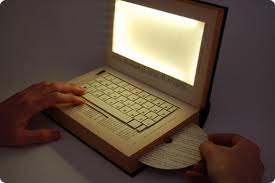 My daughter loves to read books together. And she loves pretending to read. And she likes to write. Keep in mind she’s three, so we’re not talking Great American Novel yet. She makes a mean ‘F’. It warms the cold, bitter cockles of my heart. She likes that there are pictures of me in the back of some books, and she likes the songs I write her.

The reason I am thinking about my daughter is because I realized the other day that at some point in the future she will want to read what I have written. It is going to be a very eye-opening day. To say the least.

END_OF_DOCUMENT_TOKEN_TO_BE_REPLACED

Last time, we talked about writing print news stories – the kind you would find in your morning newspaper.  Today we’ll talk about how broadcast copy is different, and why.

Write for the ear:  I have a confession.  While I was writing my fake Sotheby’s story for the last installment, I was wincing.  No, actually, it was worse than that.  As I typed that hard news lede, every fiber of my being was screaming, “NONONONO!  This sentence is too damned LONG!”  That’s because, in broadcast news stories, the shorter your sentence is, the better.  Keep in mind that someone is supposed to be reading your words aloud.  If the sentence is too long, the news anchor will have to pause partway through it and take a breath – and guaranteed, he’ll breathe in the wrong place and screw up the flow.  So do yourself a favor and keep your sentences to between ten and 20 words.

You’re absolutely right – 20 words is not very many, and ten will hardly get you started (especially if you interview some self-important person whose title is five or six words long, but I digress).  That’s why you must stick to subject-verb-object sentence construction.  Any subordinate clause needs its own sentence. END_OF_DOCUMENT_TOKEN_TO_BE_REPLACED