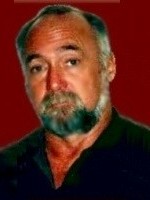 Those who’ve followed my series on writing advice are in for a treat, because starting this month, it won’t be “tips from some dude on the web”, but favorite advice from some major professional writers, some best-sellers, some cult figures, some in my personal pantheon of admiration. Some of these might not seem like earth-shaking angles, but all are worth thinking over because these are people who’ve succeeded at the Master level.

It’s my great pleasure to start out with remarks from Laurence Shames, one of my handful of favorites, the kind of work I can read over and over. There doesn’t seem to be any normal route to writing success, but Larry’s “strategy” is more checkered than most. He was a hotshot magazine writer in New York, contributing editor to Esquire among other glittering credits. Unlike most blue-chip writers, he also did–and still does–ghostwriting, leading to two major flags on his career. He wrote a pseudonymously titled book called “Bad Twin”, which is significant to viewers of the “Lost” TV show, a story within the story that among other things created the fictional Hanso corporation that ran ads in newspapers denouncing it’s “defamation”. Yes, that’s damned weird. His big score was writing the 1991 NYT best-seller “Boss of Bosses” with two FBI agents. The score from that one enabled him to buy a house in Key West and get out of New York. He has ghosted best-sellers since, but it was the move to Key West that, as it has for others, started the magic. You owe it to yourself to read his series of eight luminous novels set there, starting with “Florida Straits”. Joey, scion of a New York mafia family, chucks it and drives down the Keys in search of himself. He strikes out trying to start his own mob in paradise, but comes out on his feet despite incursions of the Family From Hell. A core of a half-dozen characters keep the series linked, even if Joey and his girl aren’t present. Bert the Shirt, his “consigliere” for island ways is a main thread, along with his aging Chihuahua.

Larry hasn’t reaped the fame of Hiaasen and Dorsey, which is really unfair, since he’s as good or better than either. His humor isn’t as wild and raucous, but it’s very sweet and fulfilling. He can handle danger in a nicely chilling, credible fashion, and there is always some unlikely, tender romance springing up in his stories.

“Scavenger Reef” is a truly great American novel, a painter thought dead and returning to find the world, and his friends, fighting over the profits from his paintings. Moving, gentle, funny, and richly worded as well as nicely plotted, his work stands with any crime book in the world, and also pleases fans of romance. His most recent novel, “Angels’ Share” is a romance with guiding angels: and an indie book!

So here’s what he offers to writers as his single tip or hint to making it all work:

Every story needs at least one character that readers will actually like. I realize this seems incredibly basic and obvious, but writers either ignore or flout this requirement all the time. Sometimes, in the name of being “literary,” writers fill stories with nothing but pompous, angst-laden jerks. Other times, in an attempt at being uproariously funny with gag-type humor, writers create casts of soulless knuckleheads. This always wears thin. Readers need a reason to turn the page; plot and incident are only part of the reason—the shell of the reason, really. The more important part of what keeps readers involved is rooting interest. Will the underdog triumph? Will the honorable but wronged party be vindicated? These questions become compelling in proportion to how much readers care about the character.

This is something you’ve probably heard before, in some form or another, but give it a little deeper listen from the mouth of a master.

And I will dare to tack my own comments on to it. Any fan of Larry’s is aware that it goes beyond that: he really doesn’t have any characters that you don’t like. Sure, some might be brutal criminals intent on evil, but they all have their side of the story and we get to see it. A torpedo intent on threatening or “whacking” Joey and Bert is holding a gun on the chihuahua to make Bert talk, and things look grim. A brilliant passage describes what it would be like, what would happen to you, after you were shot and buried in a mountain of garbage, while the standoff tension builds. At one point the brutal thug says, “Hey boss, can I put the gun down. I don’t want to shoot a dog, it’s creepy.” You like this schmuck. You already like Bert and his constipated pooch to pieces. This is part of his magic. Everybody is human, everybody can be understood, even when they are involved in really ugly actions against each other.

“Angels’ Share” quotes a line, “To know all is to forgive all”. And one way of looking at this tip from an excellent writer is to realize that the way we end up liking characters is by really knowing them, all the way down. Great writers can pull that off. The rest of us should keep it mind, and in our sights.

Linton Robinson was born in occupied Japan, schooled in Asia, and is now a 20 year resident of Latin America. Robinson is an award-winning journalist and noted photographer, with credits in top markets. His syndicated columns were cult favorites in the nineties.

Learn more at http://linrobinson.com and his Amazon author page.

9 thoughts on “Tips from the Masters: Laurence Shames”