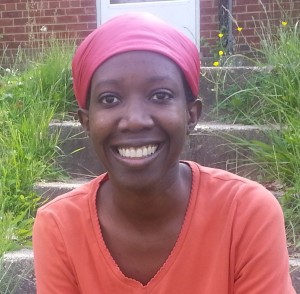 OK, so normally, people here blog about writing process, publishing and striving for success. But, what about what happens and you’ve achieved success? Because I’m generally, “the sky is falling” type of person, my dreams of success include strategies for combating the inevitable rumors and falsehoods that will start once my writing career really takes off.

So, today I thought I’d talk strategies for rumor control. The key is to be prepared, and mostly, be honest, if wild rumors come out. Here are some samples of how I might deal with future rumors.

Ms. Crayton, isn’t it true that you ran a blog where you wrote about and photographed feces? This is a blatant lie! (Rumor control note: You’ve got to call a spade a spade in these cases; then lead with the truth.) This horrific falsehood probably emerged because I worked for a publication called Solid Waste Report. It was not that kind of solid waste, though. SWR was a trade publication for landfill managers and trash officials. We never covered feces, though if we had, we would have covered the crap out of it!

Were you held hostage by a Kansas village of Amish people for more than a decade, only escaping recently? Again, this is false. (Rumor control note: A little humor helps.) First off, if that were true, Matt Lauer, Barbara Walters, Diane Sawyer, Anderson Cooper, Oprah and others would be beating down my door to get an interview. At present, my door is still quite intact (though, all the aforementioned are welcome to interview me; no beating necessary. A gentle knock, and I’m there; unless you look like a traveling salesman, in which case I’ll pretend I’m not home). This rumor that so defiles the good Amish people probably originated from my internship at the Wichita Eagle. Editors sent me to interview Amish villagers about the new school they’d gotten a permit to build. I was given a company car and cell phone and sent out. In case you’re not familiar, the Amish shun phones, electricity, cars and other modern conveniences. When I arrived, I somehow locked my keys and cell phone in the car. So, miles from modern civilization, with no way to contact anyone, I figured the best solution was to become a member of the Amish village. Luckily, I didn’t have to. The elderly Amish man whose house my car was marooned in front of, sent his grandson inside to get a wire hanger. Then, the man jimmied my car door open. A little leery of how he acquired this knowledge, I expressed sincere thanks, high-tailed it out of there and didn’t look back. I was never captive. And they were good people (good people who seemed to have more knowledge about breaking into cars than you’d generally expect from the Amish, but good people).

Did you really clone your husband? (Rumor control note: This is a great rumor, and one I would never try to shut down. My initial response would be a mysterious smile, reminiscent of Mona Lisa. But no refutes. I mean, people think I’m a scientific genius! You can’t buy that kind of publicity. So if a good rumor like this ever appears about you, let it go on as long as possible. Now at the point where people asked me to clone someone else, I’d have to come clean.) I think there’s been a bit of confusion here. I did not clone my husband. My husband is a clone. He’s a monozygotic twin, so he has an exact genetic double, or clone. (Rumor control note: See how I used “monozygotic” instead of identical. It preserves my image as a scientific genius. Doesn’t matter that it was a false image to begin with. I’d still like to preserve it.) I’m really not sure how all this hullabaloo started, but I’m going to go back to writing, which is what I do best. (Rumor control note: I would imagine that if this rumor started, it was probably started by me, but it’s best to play dumb. And see how I said “writing is what I do best.” That reminds them I’m a writing genius, even if I’m not a cloning genius.)

RJ Crayton is a former journalist who got tired of writing just the facts and decided to branch into fiction. When she’s not writing, you might find her momming (there’s no reason mom can’t be a verb), roller skating or feeding her cupcake addiction. Her dystopian thriller, Life First, is available from Amazon. Learn more about R.J. from her website.