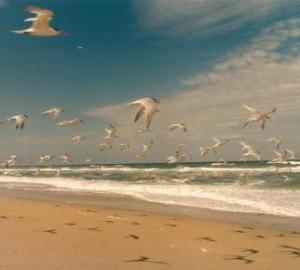 On this peninsula, the weather can come from any direction. You learn to watch the animals for signs of the big storms.

I saw the gulls coming from the north and moving fast. They paid no attention to me or my bag of cheese puffs. They were clearly panicked.

Looking back, I saw the cause of the alarm. It wasn’t the weather.

In 250 words or less, write a story incorporating the elements in the picture and/or the written prompt above. Do not include the prompt in your entry. The 250 word limit will be strictly enforced.