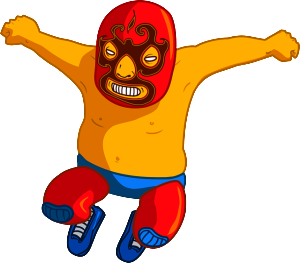 It appeared to be a dream-come-true for advocates of indie publishing. Those who follow Joe Konrath’s blog have seen him “fisk” statements from publishing insiders, tearing apart their public statements line by line. A frequent target for Konrath’s fisking has been novelist Scott Turow, until recently the President of the Authors Guild. Usually these were accompanied by an offer for Turow to respond, either on Konrath’s blog or in a public debate. Last Thursday (January 15, 2015) Intelligence Squared U.S. held a debate with Konrath and Turow as two of the four participants.

For those not familiar with Intelligence Squared U.S., they organize debates on controversial subjects. Each is held in a New York City venue and uses the same basic format. At least this debate (I assume this is typical) is also available to watch live on the internet with video and transcript available after the event. (http://intelligencesquaredus.org/debates/upcoming-debates/item/1250-amazon-is-the-readers-friend) As I’m writing this the video is not yet available on their site, but it is on another. (http://library.fora.tv/2015/01/15/Amazon_Is_The_Readers_Friend)

You can watch the video on one of the links above or read the transcript. I’d recommend it, not just to get the whole story for yourself, but if you’re into this kind of thing it was even entertaining. But for the tl;dr crowd (that’s “too long, didn’t read” for the uninitiated), or as a preview, some reporting, and a touch of opinion with a bit of counter argument, you’ve got me. (By way of disclaimer, it probably shouldn’t have to be said, but I have a definite opinion on the subject. This isn’t unbiased reporting, although some might claim it to be fair and balanced.)

The big picture is that with few exceptions, both sides used the same old talking points as you’ve probably read in numerous articles pre-debate. The For Team said that Amazon was big because they give the consumer what they want, at a good price, and with excellent customer service. The team arguing against the motion countered with fear mongering and “facts” that were frequently faulty comparisons and often not much better than bald-faced lies (or maybe honest mistakes by extremely misinformed people). The worst part is that many of the claims made by the Against Team were left unchallenged, with Joe Konrath, who clearly knows the weaknesses in these statements since he has addressed them many times in the past, appearing more focused on being entertaining than debating.

Turow and Foer didn’t challenge the contention that Amazon was good for readers today, instead depending on the argument that at some point in the future they’ll become so big and powerful that no other company will be able to compete. A key “fact” used to bolster this claim came from Franklin Foer:

A great claim, but not true. Not only were there search engines prior to Google, but there was one, AltaVista that at their peak was considered the go-to search engine for those in the know. Then along came Yahoo with its search engine that challenged them (later, Yahoo bought AltaVista), and then along came Google to do the job even better. Facebook wasn’t the first social network. Friendster, Myspace, and Linkedin all preceded it with Myspace being the heavy hitter of its time, until it wasn’t.

Even Amazon wasn’t the first mover in its space. If Foer was thinking in terms of an eReader and an eBook ecosystem to support it, Sony was there first. eBooks were even available before that. Project Gutenberg was providing them before personal computers existed. If Foer meant ecommerce, CompuServe (another first mover, later supplanted by AOL and Prodigy, if you remember them) had an “Electronic Mall” that launched more than ten years before Amazon came online.

Foer also claimed that Amazon played with the search results, forcing books to come up in searches based on payments from publishers. As Konrath pointed out, this is how the book business has always functioned. It’s called co-op, explaining “that’s why, when you go into a Barnes & Noble, you see 400 Scott Turow books stacked up in front and you see my one book out in section.”

Foer makes a good point, that it is different if you have one big player “picking the winners and losers,” however, although I’ve seen many people claim fiddles with search results for money, they never have any proof or, what they offer as proof doesn’t hold up to scrutiny. As proof Foer suggested that “right now, when you type in — you type in ‘police’ – ‘police noir novels’ into their search engine, you get a series of results,” and asked, “how do you think that series of results is ranked?” He went on to claim that “a publisher has paid for one of the top ranks there.” I immediately did that as did many others who have reported results. What my search returned was a page full of indie eBooks. Is he really claiming they’re paying big bucks for that placement? Seriously?

An example of a faulty comparison was Foer quoting a study of the income of self-published authors. The median was found to be less than $5,000 and “nearly 20 percent of self-published authors reported deriving no income from their writing.” Never stated, but certainly implied, is that traditionally published authors do better. With reports of the average advance for a traditionally-published book being $5,000 and all the money most authors see for that book, with the typical trad-pubbed author writing a book a year, that actually appears on the surface to be about the same. But it isn’t because it is a faulty apples to oranges comparison. The proper comparison is to compare writers who have written a book and how much those who pursue the traditionally published route make versus how much is made by those who decide to self-publish. We have one claim as to the median annual income for the self-publishers from the quoted study. What do you think it is for those who choose the traditional route? My contention is the answer is the same as those bottom 20% of self-publishers. They have a median income of one big, fat zero. Because the average person chasing the traditional publishing brass ring will never be published.

One last comment on the “results” of the debate. Before it began, audience members were asked to vote on their opinion of the subject being discussed, For, Against, or undecided. They would then be asked to do the same at the end of the debate. Whichever side increased the most percentage points would be declared the winner. The results weren’t even close. Pre-debate the percentages were 41% For and 28% Against with 31% not taking a stand. At the end, those voting For increased by just one point, to 42%, while the Against votes increased to half the audience, a 32 point increase. As I said at the start, I’m biased, but I’m shocked that this many people could really have heard the arguments and been swayed to vote against. The starting percentages seemed questionable to me. The website gives more information, breaking down the percentages that moved between each of the choices or didn’t change. Go look at the percentages yourself and see what you think. Most of the numbers seemed reasonable to me with one exception. The number that jumped out as suspect was the 16% who changed their vote from For to Against. (More than double those who made the long jump in the opposite direction.) I have a theory as to why this happened. Take it with as many grains of salt as you feel are needed.

I’m not much for conspiracy theories, normally feeling that they require too many people to keep their mouth shut to maintain the secret when that goes against human nature, but when you consider the limited number of seats in the audience, it wouldn’t take many publishing insiders to agree to vote For to start and switch to Against at the end to insure the results. (It isn’t as though those in New York publishing haven’t already been convicted of conspiring to break rules much more serious than this.) And really, no conspiracy is even needed. What are the odds that an audience skewed to New Yorkers who are pro-traditional publishing were smart enough to figure out how to game the system independently? I’d say pretty good.

Your assignment (should you choose to accept it) is to go watch the debate (you have an hour and a half to spare, right?) and let us know what you think.  While you’re there, on the results tab they’re taking votes from the internet audience. For what it’s worth, that voting is overwhelmingly going the other direction. Maybe those of us in flyover country see the book business differently than New Yorkers.

21 thoughts on “Yes, Amazon Is the Reader’s Friend”