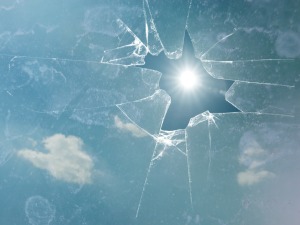 Ah, grammar; everyone’s favorite subject. I can see your eyes glazing over already. However, for the sake of good writing and better stories, let’s talk for a minute about clauses. In my recent reading, I’ve been running into quite a few instances of clauses gone wrong. Poorly written, clauses can be awkward at best and can cause major confusion at worst. Do you really want your readers to be confused? I didn’t think so.

Let’s get the official definitions out of the way first.

John, the president of the group, called the meeting to order.

According to the Chicago Manual of Style, there are restrictive and nonrestrictive clauses, and they are handled in different ways. A restrictive clause does not require commas (as in my wife Irene …). Unless the man lives in Utah, he only has one wife, so the noun, wife, is restricted to Irene. While in common usage you might see such a sentence with commas (as in my wife, Irene, …), they are not necessary and could, strictly speaking, cause confusion.

Probably the most common misuse of clauses has to do with this comma issue. Over and over I have seen sentences like this:

He and Fred, his friend from high school ran down the street.

He and Fred, his friend from high school, ran down the street.

Remember that bit about using commas or parentheses: either choice needs two, one on either side of the clause to set it apart from the main sentence.

The second problem I see is putting clauses in awkward places in a sentence.

“What’s the signal to jump?” one of the skydivers who was inside the plane with John and Marsha asked.

Awkward. With the clause who was inside the plane with John and Marsha in between one of the skydivers and asked, the speaker and the dialog tag are about as far from each other as they can get.

Instead, how about, “What’s the signal to jump?” asked one of the skydivers who was inside the plane with John and Marsha.

Junco Research, who had filed a lawsuit against Victor’s company claiming property damage in a Nevada circuit court …

Again we have clauses that are chopped up and divided awkwardly. It sounds as if the damage was done in the court, not that the lawsuit was filed there. Instead, this should read something like this:

Junco Research, who had filed a lawsuit in a Nevada circuit court against Victor’s company claiming property damage …

I saw a mouse running along the baseboard out of the corner of my eye.

That sounds painful. Do I really have a baseboard running out of the corner of my eye? Or a mouse? Let’s hope not. A simple rearrangement will straighten this out.

Out of the corner of my eye, I saw a mouse running along the baseboard.

This way, out of the corner of my eye modifies me (I saw), not the baseboard or the mouse.

The real problem for writers (myself included) is that we know what we’re trying to say. We have the image of the action clearly in our minds, so however the sentence is structured, it makes perfect sense to us. In times like these, it really does benefit us to remember old Mrs. McGillicuddie’s 8th grade English class on grammar and sentence structure. Barring that, we need plenty of beta-readers and/or editors to check up on us. Clauses can be tricky, but our readers will thank us for using them correctly.