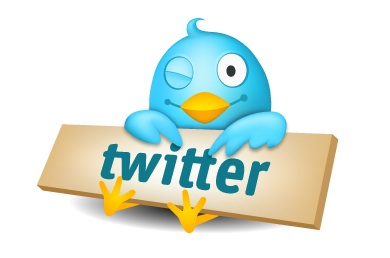 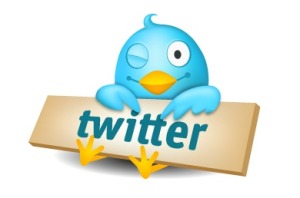 Now that Twitter has turned six, you probably know what to do with that little window. Fill it with 140 characters and send your virtual carrier pigeon aloft, right? But if your tweets plummet and die, you may have to work a little harder. Try these tips to write better tweets that get seen, clicked, and retweeted more often.

1. Understand the internals. Twitter is the island of glancing blows, the pop culture stock ticker, the Short Attention Span Theater for a new generation. People want something of value fast: entertainment, inspiration, a solution to a problem. Like any other promotion or advertising tool, the medium is the message. Keep it short and snappy; make it something a reader can comprehend in one gulp. Seen a billboard lately? “SAVE $$” works better than “Visit our website www.blahblahblahblahblahblah.com because we can review your insurance policy and probably save you lots of money, depending on your needs.” Causes fewer accidents, too.

2. Write to grab roving eyeballs. Not literally, of course, unless the ogre in your story needs a snack. As with any marketing tool, it can work best to know what message you want to convey before you craft it. Promoting your book? Instead of the usual title/name/genre/Amazon link, use a short teaser. Promoting a friend’s book? Why did you love it, or why will a potential reader love it? Have nothing to sell, but want to build a brand? Make a pithy observation or share something relevant to your future readers’ interests.

3. Shorten your links. Why waste real estate on a huge mouthful of URL? Bitly.com is great for this. It will also store your links and show you how often you get clicked.

Free eBooks Are Better for You Than Television! https://indiesunlimited.com/2012/03/15/free-ebooks-are-better-for-you-than-television/

This is good. It’s better than most, because K.S. Brooks wrote a clever headline to start with. The first time I promoted it, I sent that tweet out as is. I wanted to change it up on the next pass so the message would stand out from the gazillion share-bot messages out there. Also, if you tweet the same pre-made message a second time, often Twitter will flip you off and say something like, “Hey, bonehead, you sent that already.” No one wants to be flipped off by a bot. We get enough rejection over the course of a day. Another annoying thing the bot does is to capitalize all the letters of your title. It makes your message look spammy. It looks like a spam-bot crafted it. Which, after all, it did.

So here’s what I did with the Twit-bot’s template:

FREE EBOOKS are better for you than watching Snooki’s ultrasound. http://bit.ly/zfkGLT

I kept the essence of the original message but took it to the next level. If humor isn’t your thing, there are other ways to make a snappy, topical intro. Check trending topics to see if you can piggyback a pop culture reference. I went with this because Snooki had just announced her pregnancy. Then I shortened the link, leaving me more room for a message.

5. Revise. The Twitter feed is fast and ephemeral (except if your name is Andrew Weiner), but it doesn’t mean you have to write them quickly. Like anything else you write, edit. People still see them, and it’s still your brand. Craft accordingly. Tread lightly on the Acronymlish. Too much can make your tweets difficult to read or could make you sound like a twelve-year-old girl. Unless you are a twelve-year-old girl. Then feel free to lol w/ur v-boys til u querty nosedive.

6. Hashtags are your friends. Hashtags are Twitter’s version of keywords. Anything following the pound symbol [ (#) not (£) ] is searchable and very handy for finding, say, tweets about books, writing, or even Madagascar hissing cockroaches, if that’s your thing. Use them to participate in events “held” on Twitter, like #writechat, or target groups to find new followers. I like to have a little fun with them. For instance:

These books are so good you’ll hunt @jd_mader down and make him write more. http://amzn.to/yNfdks #indieauthors #rock #reading #makesyousexy

I mixed “real” hashtags (indieauthors, reading) with fake ones, because it amuses me, gets attention, and often merits me a retweet. It’s pretty cool when the tweet you sent to your two hundred followers gets retweeted to another Twitter user’s thousands of followers. That’s thousands of people who wouldn’t have ordinarily seen the link to your Amazon page, blog, or website.) I’ve been using the “reading makes you sexy” tag for a few months. Someone liked it so much that she bought the domain name.

Laurie Boris is a Contributing Author for Indies Unlimited and author of the five-star novel, THE JOKE’S ON ME. Her second novel, DRAWING BREATH, is due out in May. For more information, please see the IU Bio page and her website: http://laurieboris.com

17 thoughts on “Tuesday Tutorial: Tweet-Crafting for Fun and Profit”