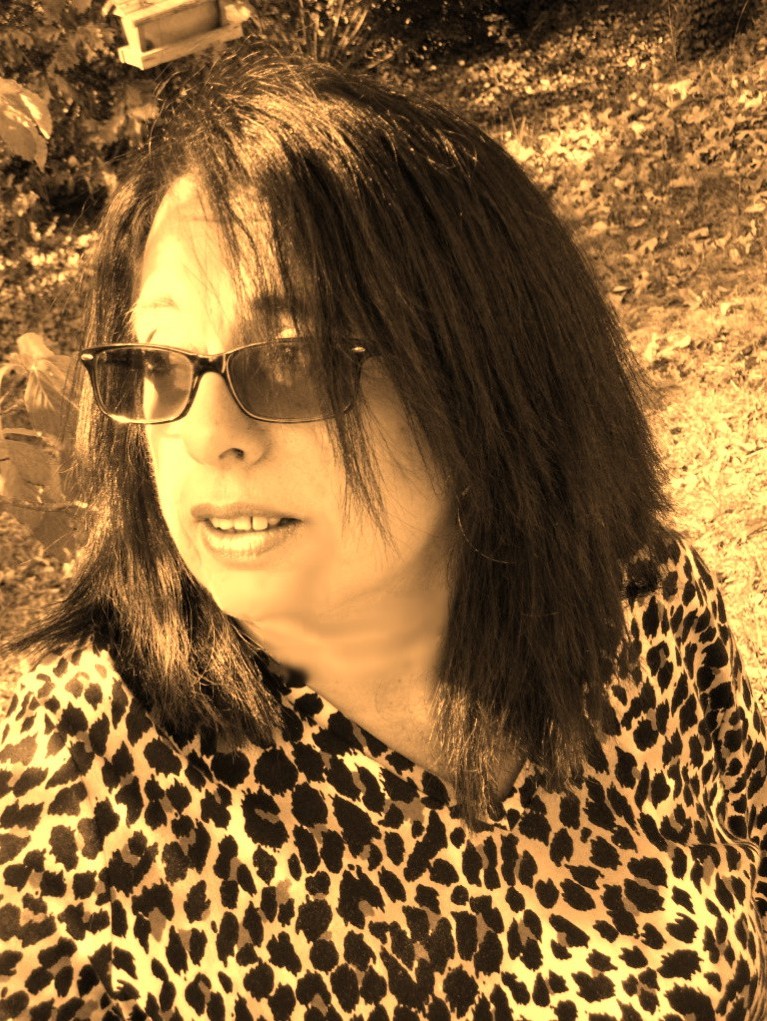 Before I published my first eBook, Fractured Façade I pondered the best/cheapest way to get the word out on a local level. I no longer lived in Brooklyn, so hawking it on the subway was out, as was selling eBooks from an open car trunk. I could don two sandwich boards — the book cover on my chest, and the website on my back — troll the streets of Roanoke, ring a bell and wail, “Bring out your dead! I mean…Buy my book!” Nah. Too much work. Besides, I’m looking to cut my interaction with the public, not increase it.

The best marketing/promotion style for me would be a passive/aggressive approach using a “leave behind.” One where I could deal with people if I chose to, but my preference would be a quick hit and run, leaving my calling card which somebody would stumble upon and find intriguing enough to take. That’s what I went with. And, it’s been working pretty well.

Rather than design a bookmarker which is useless for an eBook, I decided to go with a vertical folded business card that fit easily in someone’s pocket or wallet. On the front is my book cover, the left inside has the blurb and tagline, the right inside has order and contact information, and the back is blank, in case anyone wants an autograph. Don’t laugh. Two people have asked me to sign it for them.

I always make sure to carry a couple of cards and thumbtacks as I never know when I’ll run into a corkboard. The community boards in the entrance of some supermarkets provide great exposure, and I never hesitate to post a card on them. At one store I wondered if the manager was removing and discarding them since the card was usually gone on my next visit. She assured me that wasn’t the case and suggested people had been taking them. That was always the plan, so I don’t know why I was surprised, especially since a sale sometimes accompanied the missing card.

Anywhere you find cork is a good place to tack, as well as, sticking them in magazine and newspaper racks, on counter tops, and in fishbowls with business cards swimming in them. My “old school” marketing roots of posting band flyers everywhere in the Lower East Side are showing. Anyway, besides the relatively cheap price, the best part is this works for any city you visit, not just the one you live in.

My cards have been left up and down the east coast from New York to North Carolina. Handing one to a comedian during a recent visit to Cherokee, NC turned out to be a most amusing experience.

I had forgotten the number one rule when attending a comedy show — never sit close to the stage. So, it should have come as no surprise when the comedian Chris Barnes singled my husband and me out. After we turned around to see who the “good looking couple” he addressed was, Barnes pointed to me and said, “Yeah you, I’m talking to you! Hasn’t anyone ever told you were good looking before?” The audience laughed, and it was on.

I whipped out an eBook card, walked up to the stage, and handed it to him. He checked it out, read the title and my name aloud, and asked, “How long did it take you to write this?” I replied, “Three years.” He held up and opened the card, “This is the shortest book in the world and it took her three years to write!” The audience was in stitches.

After he finished having fun with me, he propped up the card next to his beer bottle on center stage. Every time there was a lull in the crowd he’d go for it and make another joke. When he wasn’t using it as a prop, it was still facing the audience. Good, free publicity, even if some of the crowd might have thought the card was the actual book. At the end of the show, Barnes took the card and put it in his pocket. For all I know, I’m now part of his routine.

Jerry Seinfeld is playing in Roanoke soon and I have front row tickets. I’ll be bringing cards with me…

With one foot planted in the Blue Ridge Mountains of Southwest Virginia and the other in the streets of Brooklyn, New York, Elena DeRosa enjoys the best of both worlds. She’s a former videotape editor, producer, and freelance newspaper columnist. Besides writing and taking photos, Elena spends her time worrying if her kids will ever finish college. “Fractured Façade,” a novel written as memoir, was her debut book. “The Valentine’s Day Curse,” a short story, is her most recent publication.

20 thoughts on “May I have your card? by Elena DeRosa”