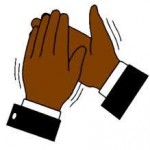 Is it tomorrow already? I want to sleep some more. I had a Facebook Launch Party yesterday for my latest book, The Dreamt Child. That meant 12 hours in front of a computer screen, non-stop. By the end my brain was so fried.

Would I do it again? In a heartbeat. I had a blast and I really think those who came and participated did too.

This was a whole new venture for me. I had visited less than a handful of other FB parties so some ideas stuck that I used. Since I am a self-proclaimed computer dummy I did not use any games and tricks that required particular computer skills – like importing games and customizing them. That is definitely beyond my skill and stress capabilities.

I set the date on Facebook about two weeks in advance and shared and tweeted whenever I remembered – which should have been much more but that’s just how I am. Self-promo is not my strong suit. Of the 330 invitations I sent out via Facebook, Google+ and whoever follows me on Twitter, 107 replied on Facebook that they would be there. Not bad for a newbie. I was pleased with that. My Google+ also generated some interest, though mostly from names I already recognized. Most replies were from people I had met via writers’ groups but a considerable number were readers or other FB friends. So, not only fellow authors, which was also positive. Writers are wonderful at supporting each other but we still need to reach an audience beyond that.

Several of my Facebook friends shared the announcement and that actually did generate some new people who came, participated and ‘friended’ each other. I consider that a successful part of the venture.

About 50 people actually attended the event and left comments. One imported music videos at various intervals, which I really appreciated as I didn’t know how to do that. Others imported pics of food and beverages that blew me away. Again, this was something I would have had difficulty with, though I did find one that I added early on. These helped generate conversation and excitement.

The banter among attendees was truly fun. I think this was the best part of the whole thing for me. It sure kept me hopping to keep up and acknowledge everyone. I imagine I missed one or two. To you – whoever you are- I apologize.

Seven wonderful authors donated e-books as prizes for the games. I tried to theme the games to the title or subject of the books. That was only moderately successful. Only about a dozen party-goers added entries into the games. One was particularly prolific and won five of the eight prizes. Perhaps I need better games. It must be the introvert in me.

Throughout people came and went according to their time zones and schedules. That was great as it kept things fresh and moving. Overall the first half was so busy I had a hard time keeping up. It slowed down after that but never really stopped for more than a minute or two. I always had someone to respond on a comment to.

The big question that I know is on some minds is “Did I sell many books?” The short answer is “No”. I did sell a few but certainly not enough to break even on the cost of sending my entire trilogy, signed, in paper, to the grand prize winner. But I didn’t really expect to sell a lot of books. The object of the exercise was to connect with friends, old and new, and celebrate the launch of my new book and the completion of the trilogy with them. I wanted all of us to have fun and to show them another side of me they rarely see. From that point of view I consider it a resounding success. It also reinforced, for me, the knowledge of just how many folks wish me well and consider me a friend. I’m still basking in that glow.

All in all it was exhausting and exhilarating. It was fun. It was something I look forward to doing again when I have another book written. I recommend it.

So, for all those newbies out there who hesitate to try a Facebook Event – it’s so easy.

On your Facebook Timeline, at the top right under your banner is a menu labelled “More”. Click on that for a drop-down menu and look for ‘Event’. Click on that and it takes you to a small page where it asks you to fill in the date, time and details of your event. Magic! You’re set. (I admit the form had a glitch on mine that would not save my ‘times’.)

Now all you have to do is invite, invite, invite: all your Facebook contacts, your Google+ folks, all your Twitter followers, any other groups you belong to and even word of mouth. Do it more than I did, but don’t do it so much it becomes spam.

As part of the announcement ask guests if they would like to donate prizes and suggest pics of food and drinks as though it’s a pot-luck. Don’t be shy. I found out they actually love doing it and it makes your work so much easier. It was something I felt awkward doing but the result was great.

After the event is over you need to tally the games and notify winners and donators of who won what. The rest is up to them. Easy peasy.

Thinking about an event? Do it. You won’t regret it.