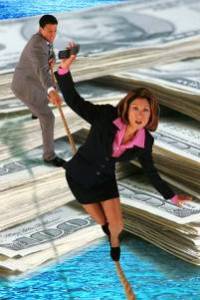 I have always admired people who can write, hold down a job, care for children, do marketing and wield a vacuum cleaner while apparently staying sane and cheerful. Sadly, I’m not one of them. I may be female, but I’m no multi-tasker. I’m more like a serial monogamist who can only concentrate on one, maybe two things at a time.

For me, family has always been THE top priority, so twenty-odd years ago I’d do technical writing during my daughter’s naps, and when everyone else was asleep.

Juggling family and writing worked back then because I was writing about real things that could be approached in neat, logical chunks, all left-brain stuff. However when I began writing fiction, I discovered that the process of creating characters and worlds is very different. Creative writing is a right-brain activity, and I’m naturally a left-brain type of person. END_OF_DOCUMENT_TOKEN_TO_BE_REPLACED 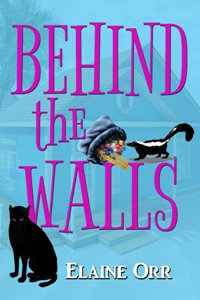 Behind the Walls
by Elaine Orr
Available from Amazon.

There’s something hidden behind the walls of the hurricane damaged house Jolie bought in her New Jersey beach town. Something someone seems willing to kill for. After Jolie and Scoobie find a small sack of jewelry as they do a mold attack on her bungalow, Jolie is pursued by a purse thief and a burglar. But the guy she’s most worried about is the one who left an elderly auctioneer dead on her porch swing. In between appraising houses and planning a fundraiser for the food pantry (can you say liquid string contest?), Jolie tries to figure out if there is more stolen bounty around town. Is the feared killer the same person who burned some vacant houses, or the as-yet unmasked Peeping Tom? And are they willing to kill again to get to the hidden riches?

Her friends and local police warn her to butt out, but that’s just encouragement for a woman who likes to get to the bottom of things. Jolie wrestles with fear as she tries to get her cat, Jazz, to feel at home in the new house. Maybe an unexpected visitor can be a substitute for Aunt Madge’s golden retrievers.

And then there’s her love life. Jolie also needs to decide if she really wants to get back with her former boyfriend, Ocean Alley Press reporter George Winters. Or are feelings for someone else trying to get her attention? 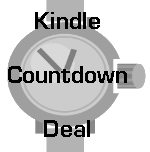 The Kindle Countdown Deals is a new program. Jim Devitt wrote an article about the inception of KCD and K.S. Brooks wrote about her experience with Kindle Countdown. And now, there’s an issue with royalties.

Amazon has an impressive history of programmatic successes. The early reports back on this particular effort seem less than stellar. While it is still too early for a comprehensive assessment, we’d like to know your thoughts.