Live, from Dead Penguin studios, in the beautiful and scenic Indies Unlimited Deathstar, we are proud to present NewsBites.

All around the globe, while hard-working indie authors slave away at their keyboards, stuff is happening. We track down that stuff, beat it up, and take its lunch money.

So, grab a beverage and warm up your grimaces. Here are some things that recently occurred:

In the Telegraph, Lynne Truss writes an article questioning whether people really have any right to be protected from spoilers. She states:

Does anyone else think that all this pandering to other people’s elective ignorance is turning a bit sinister and disproportionate? It isn’t yet an enshrined human right to be protected against spoilers, is it?

I won’t tell you how her article ends, but I will say that I found it irritating to learn that a few people had read the last page of my novel, Upgrade,  to see how it turned out before beginning to read it. That’s different. Such readers are spoiling it for themselves. I don’t know if it is a reasonable expectation, in a society that could not keep the Manhattan Project secret, to believe we can be protected from hearing about the endings of books we might read, or may be in the middle of reading. Maybe one way to deal with it is to write books that ends in mid-sentence. What are your thoughts?

The fluttering death spiral of the NOOK continues, but is Microsoft working on its own e-reader app that will use NOOK content?

Amazon is raising the cost of Prime membership:

The retailer told the 25 million members of its Amazon Prime program on Thursday that it was increasing the annual fee for the two-day shipping service by 25 percent, to $99. The new price takes effect on the renewal dates for existing customers, starting April 17.

Will this impact indies? Of course it will – everything does. Indie titles are already so under-priced that many authors make more money from a loan under the Prime program than from an outright sale.

If you are having trouble slogging through a huge TBR pile, you may be heartened by an app that can facilitate speed-reading up to 1,000 words a minute. Now maybe reviewers can get to your books more quickly.

If you are a children’s author, you might want to be sure your books are not aimed at a specific gender. Waterstones, a handful of publishers, and a few poets I never heard of are among the 3,000 signators of a petition calling on children’s publishers to “stop labelling books, in the title or on the packaging, as for girls or for boys:”

The campaign is attacking titles such as Usborne’s Illustrated Classics for Boys, described by the publisher as “a collection of stories of action, adventure and daring-do [sic] suitable for boys”, while its Illustrated Stories for Girls contains “brand new stories about mermaids, fairies, princesses and dolls”.

I find this interesting because one of the standard questions authors are always asked by publishers or agents is, “Who is the intended audience for your book?”  Now, we can just say, “It’s none of your damn business.”

It’s no secret that print industry profits are buoyed in large part by the sales of textbooks at a very high markup. Well, big ink’s gravy train is pulling into its last station as digital books are replacing expensive print textbooks.

What if you could sell your books directly through your social media? Ron Martinez, founder of Aerbook, believes his company represents a nexus between social media marketing and e-commerce.

That ability to sell directly to consumers via social media is key to Aerbook’s utility, Martinez said. When a Facebook or Twitter user clicks on an Aerbook link in his or her timeline, it opens the Aerbook Cloud Reader, which can be used to read a sample chapter (or the entire book if the publisher chooses), share the excerpt, download it, or buy the book outright. The Aerbook Cloud Reader can be viewed on laptops and mobile devices, and publishers can use it to sell print or digital books.

Finally, the seventh seal has been broken. Keith Richards is writing a book for children. I know, right? The book is entitled Gus and Me: The Story of My Granddad and My First Guitar. Megan Tingley from Little, Brown said, “We are excited to be bringing this vivid and moving story to children and families…”

Vivid and moving are not words I generally associate with Keith Richards. Oh well, move over, Snookie. The celebrities-as-authors boat is getting crowded.

That’s it for now. Join us next time, as we take a look at Franklin W. Dixon’s newly re-branded series, The Hardy Children’s Mysteries. 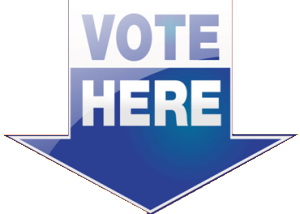 Hey, it’s Wednesday. That means it’s time to vote for your favorite flash fiction entry. We have some great ones to choose from in this week’s challenge. Which one will win? That’s up to you! No pressure or anything, but the winning entries will all be included in the next edition of the IU Flash Fiction Anthology.

Go ahead and take a look at this week’s entries here. Make your choice, then use those share buttons at the bottom of the post to spread the word.

Which entrant submitted your favorite flash fiction entry this week?

Spring is here and so are some new indie releases!

Five more short stories inspired by lyrics in songs from the Greatest Rock Band in the World: Genesis.

Stories of Genesis Volume 2 is available through Amazon.com, Smashwords, and Amazon UK.
.

Dawn of Steam: First Light is available on Amazon.com and Amazon UK.
.

The Boyfriend List is a light, New Adult romance about friendship, trust, & learning to let go in order to embrace what real love can offer.

The Boyfriend List is available through Amazon.com, Smashwords, and Amazon UK.

A “harmless” prank results in a bloody standoff with a serial killer, forcing a college student to confront truths he’s been running from.

51 winning stories from 24 authors from around the world. How can you resist a caveman named Og, or a headsman’s haunted chopping block?