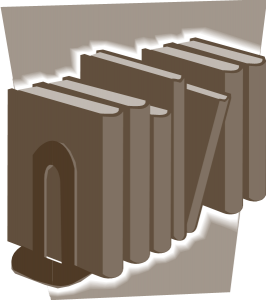 I love words. I wouldn’t be a writer if I didn’t.

One of my other vocations beside being a writer is being a hypnotherapist. I don’t practice it much; writing is my first love and takes up 99% of my time. As a writer, I have always been enthralled at the power of words to describe, to evoke, to inspire, to create. As a hypnotherapist, I found the power of words took on an entirely new dimension and that is the ability to induce an alternate consciousness. It still amazes me that I can lead a person into an altered state from where they might examine their psychological issues, fears, even past lives, simply with words. What amazes me even more is that I, too, can be coaxed into an alternate state, even when I understand the process inside and out, even when I’m fully aware of what is happening, simply by the use of the right words.

Words, with all their delicate meanings and nuanced emotion, can build empires or bring them down. They can harden hearts or move us to tears. They are freely available and yet only a portion of humans seem to have the will or talent to string them together in meaningful ways. Yet there is simply no denying that words can capture our imaginations and move us in ways that nothing else can.

I was reminded of this one morning as I was sitting quietly, taking a mid-morning snack break and listening to the radio when The Boxer by Simon and Garfunkel came on. Now I normally have music on but I normally hear very little of it; if I’m concentrating on my writing or any other task, my ears just stop working. I have that kind of attentiveness that lasers in on one thing at a time so any other considerations (husband included; just ask him) fade into white noise. When I’m writing, people often have to call my name several times before I can drag myself up out of the depths of a story to even hear them. It irritates the hell out of some people, but I don’t do it on purpose; it’s just the way I’m wired.

So anyway, The Boxer starts to play. This is one of a handful of songs that, when I hear it, I have to stop whatever else I’m doing and just listen (or better yet, sing along) because the way the words are put together just knocks me out.

I honestly don’t know what it is. The music and the cadence have a lot to do with it, of course, but the way the words come together is just magical to me. The meter, the rhyme, the images all combine to create a beautiful soap bubble of imagination that just picks me up and floats me away from the rest of the world. It just all comes together flawlessly.

Bits of books and movies can do the same thing to me. If I’m channel-surfing and Grapes of Wrath comes on, particularly Tom Joad’s soliloquy, I cannot surf away; I have to watch. I have to listen to every word.

And it doesn’t even have to be an entire verse or a long paragraph. How many of us would kill to know that the first line of our book resonated with and was instantly recognized by millions?

I have some favorite books that I read over and over, but sometimes I might pick one up and read just one scene, one section that stuns me with its perfection. In A Prayer for Owen Meany, I can read the part about getting the Volkswagen off the stage in the school auditorium for the 50th time and still end up crying because it’s so blessedly funny. The same is true for Rita Mae Brown’s Six of One; I can read the part about the Fourth of July parade and end up weak from laughter. These are the kinds of things that writers dream about, when all the right words come together at the right time, in the right combination, in the right meter, the right cadence and the result is absolute perfection. It doesn’t happen very often, but when it does, it doesn’t just flash like a star; it shines like a super-nova.

And that’s when we know that, for that one moment in time, we’ve reached the pinnacle of our craft; we’ve attained the highest potential for being a wordsmith, a writer. We’ve strung a few words together that capture the human psyche and take it on a journey of the mind.

Then it’s on to the next opus.

Your turn: what lines, phrases, passages grab you like this? What are your nominees for the most perfect words ever written?