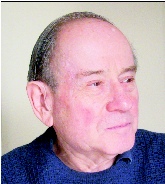 The only time most of us think of doing something about our federal income taxes is once a year — the hours we spend actually grappling with Form 1040 or when gathering records to deliver them to a paid preparer. What we should do is make tax planning a year-round concern and position ourselves to take full advantage of the many opportunities that are available to lessen the amount that is siphoned off each year by the IRS. The savings can amount to many thousands of dollars. What follows are some tactics that not only can save taxes for 2014, but even provide a head start on 2015 as well.

How does the IRS apply that requirement to a hypothetical freelancer we’ll call Phyllis Neff? Like most other writers, Phyllis has a good deal of flexibility on whether to report income or deduct expenses in 2014 or 2015. As part of her end-of-year financial planning, therefore, she should review perfectly legal tax-trimming tactics that must be taken by Dec. 31 if they aren’t to be lost forever.

Let’s suppose Phyllis anticipates that her income from writing and other sources (and tax tab) for 2014 will be higher than for 2015. Possible reasons for descending to a lower bracket for 2015: Phyllis is expecting a baby in 2015 and scales back on assignments; she or husband Walter no longer moon­light at a second job, or decide to take early retirement; or they move out of a state with a high tax rate into one with a low rate or without any tax at all, as in the case of a California-to-Texas transfer. Any of those events can put her in a lower tax bracket in 2015.

The traditional advice for Phyllis: Push the receipt of 2014 writing income past New Year’s Eve by delaying end-of-year billings until after Dec. 31, or bill clients so late in Dec. that payment this year is unlikely. On existing invoices, don’t press for payment in 2014 of money owed, provided that tactic doesn’t jeopardize collection. As for business expenses, pay them in 2014, rather than deferring payment until 2015. Similarly, wait until 2015 to realize profits from sales of stocks or other investments, unless losses from other sales will be available to offset gains realized in 2014. The reward for Phyllis’s attention to timing is that she’ll keep money in her pocket and out of the IRS’s till, which is, after all, what tax planning is all about.

Going the reverse route. The traditional advice: Do exactly the opposite if Phyllis anticipates a significant increase in her top tax rate next year—a decision that she should never make without a thorough review of the numbers. Possible reasons for ascending to a higher bracket for 2015: She switches from freelance to a job that pays a good deal more; Walter returns to work after a jobless period; or they move out of a state with a low or no tax rate to a state with a high rate, as in the case of a Texas-to-California move. It pays for Phyllis to accelerate writing income from 2015 into 2014, while she remains in a lower bracket. Similarly, she should delay payments of as many business deductibles as possible until 2015, when write-offs will give her a greater tax savings.

Julian Block, an attorney and author based in Larchmont, N.Y., has been cited as “a leading tax professional” (New York Times) and “an accomplished writer on taxes” (Wall Street Journal). His books include “Julian Block’s Easy Tax Guide for Writers, Photographers and Other Freelancers,” praised by  professor James E. Maule of Villanova University Law School as “An easy-to-read and well-organized explanation of the tax rules…”  You can learn more about Julian on his website and his Author Central page.