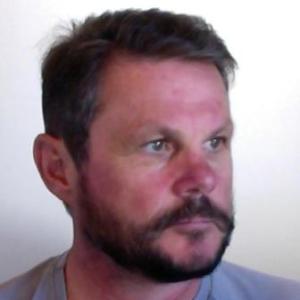 So… you have finished writing your book, and now you would like to publish it as an eBook. You have decided that you want to contract out the formatting, but are confused as to exactly what it is that formatting companies need from you. In this article, this will be clarified for you.
.

What is eBook Formatting?

What, exactly, is eBook formatting? eBook formatting is the process of turning a manuscript file (like a Word document) into a digital format that can be published as an eBook.

The Difference between eBooks and Prints Books END_OF_DOCUMENT_TOKEN_TO_BE_REPLACED

When 28-year-old Joe Stanton begins experiencing a severe, unexplained hallucination he’s unaware that others up and down the Pacific coast are suffering identical, always fatal mental breakdowns.

As Joe fights to survive, he begins to understand that the vision destroying his mind holds clues to a looming global calamity.

He got to his knees — clawing against the uneven pile of rope — and brushed his eyes with his sleeves. He had to get to water, to a restroom. The burning in his eyes was the worst. Far worse than the other wounds to his face. He lurched to a standing position and the car deck morphed and undulated before him, seesawing, tilting sharply, so that it seemed to Joe as if all those silent, driverless cars might just start rolling backward and plunge into the icy sound.

Panting, Joe steadied himself against a Ford Explorer and tried again to brush his eyes. No good. His right eye was swollen completely shut now, and his left felt like it had been coated with sticky cobwebs.

He swayed, contemplating his next step. The car deck was a graveyard. No activity except his own tentative movements. No sound except the relentless low-frequency roar of the motors.

He took a wobbly old-man step. One step.

That’s when the hallucination came back.

“Bennett prevails when it counts, leading readers toward a riveting and unequivocally satisfying showdown.” –Publishers Weekly 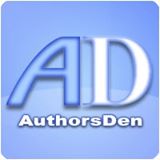 AuthorsDen was one of the first places I joined after publishing my first book several years ago. Back then, my publisher encouraged all of us to actively join any relevant (and not so relevant) social networking sites we could find, and AuthorsDen was not only free, but also easy to join.

Like many of the sites I joined back then, AuthorsDen fell by the wayside as I found new and different ways to market. About a month ago I began receiving emails from them inviting me to upgrade my membership in order to gain access to more services and marketing tools. I decided to take a look. END_OF_DOCUMENT_TOKEN_TO_BE_REPLACED