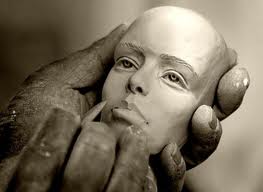 My writing is very character based. Character development is more important to me than any other aspect of writing…commas included. Now, to be fair, this is the way I have always written. I don’t know why. Psychology is far more interesting to me than crazy plot twists or unicorns. My novel, Joe Café, has been described many ways. People ask me what it’s about frequently, and I can never find a good answer. It’s about people. Sure, there’s a plot and murder and sex and fishing and fist-fights, but it’s really just about people. People who happen to do stuff. Interesting stuff.

Everyone has their pet peeves as a reader. There are a few things I can’t stand. One, authors who are better than me. Two, novels written badly in the first person. But the worst offender is lack of character development. If you don’t make me care about your characters, I don’t care about the story.

Generally, badly rendered characters are flat. As writers, we need three dimensional characters. We need characters that seem like they could be real people. The human brain is amazing in its ability to fill in gaps. You don’t have to tell the reader exactly how your character holds a pen. Unless they hold it in their butt cheeks. The reader can handle the little meaningless details. You have to handle the important defining stuff. You want your characters to seem real. You want them to stand apart from the other characters. To do this, you must accept that people are freaking weird. And their weirdness is what makes them interesting and unique. Capitalize on it.

Think about someone you know. Wait, I don’t know the people you know. Think about the people I know. Is it more interesting, and a better character marker, to know that “John” has black hair or that he obsessively pulls his nose hairs out while sitting in traffic? Think about it. Which gives you a better insight into the character. I’ve read entire novels (impressive, I know) where I imagined the protagonist as being tall and thin when it was clearly stated that he was short and stocky. It doesn’t affect the story as much as if “John” wears women’s underwear.  Our psychology is more interesting, and more indicative of the type of person we are, than our physical form.

Like many writers, I am a bit introverted in social situations. This works to my advantage because when I go to parties, I sit in the corner and watch. I watch the way people interact with each other. I watch their body language. I observe their oddities. Because the little weird things that make us unique are super important if you are trying to create a character that will resonate with the reader. And here’s the coolest part…I may know that one of my characters likes to eat mayonnaise with a spoon and watch midget wrestling. I may never mention that fact. The fact that I know about it is what’s important. The more I know about my characters, the more genuine they will come off. Sure, you need to give the reader a decent picture, but if you’re doing it right, you should know things about your character that the reader doesn’t. Things that affect the way the character acts or doesn’t act.

The other pitfall with character…something I see all the time…is characters who all talk the same. Now, when I was starting to write fiction, this is something I struggled with. I wrote stories with good imagery and good solid characters, but they didn’t talk like people actually talk. They all sounded the same. So, I spent months going to coffee shops with a notebook. I’d sit with a beverage of some kind, eavesdrop, and transcribe the conversations of complete strangers. Creepy, huh? But it proved to be invaluable. Good dialogue is all about nuance. You need to understand the cadence, the pet words people use, the way some people try to dominate a conversation…or how they dominate it unintentionally. I am proud to say that my dialogue improved. And I never got caught.

If you have trouble with character, go to a café and eavesdrop. People watch. Think about the people you know and what stands out about them. Most of us have two arms and two legs and a head, etc. Not all of us like to eat one pea at a time by spearing it with a toothpick.

Interesting characters can make or break your novel or short story (or play, screenplay, whatever). They are what make the reader care. When I write a story, I write scenes involving my characters that I know will never make it into the finished product. There are things I need to know that the reader needs to infer. There are secrets that the reader doesn’t need to know that will absolutely affect the way your characters act and interact. And that only happens if your characters are genuine. If you know them. The bonus? If you create characters that are real to you, then they do most of the writing. Being a puppeteer is a boring job. Don’t pull the strings.  Form your characters and let them live. Then you just sit back and watch. And type.

JD Mader is a Contributing Author for Indies Unlimited and author of the novel, JOE CAFÉ. For more information, please see the IU Bio page and his blog:www.jdmader.com.