This is the video trailer for Rachel Rossano’s historical romantic short story, Word and Deed.

Word and Deed is available at Amazon.com and Smashwords. 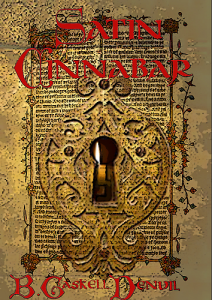 Today we have a sneak peek of Barbara Gaskell Denvil’s novel, Satin Cinnabar:

Set in 1485 against the aftermath of the Battle of Bosworth when the first Tudor King Henry VII took the throne from Richard III, Satin Cinnabar is both an off-beat historical romance and a straight forward murder-mystery-adventure. These plots and sub-plots interweave, held together by the strong atmospheric medieval backgrounds and the depth of characterization.

On his escape from the abandoned battlefield, Alex, younger son of a slain lord, throws off his armour which would mark him as a knight of the vanquished Yorkists. The Lady Katherine, having heard tales of marauding soldiers both vanquished and victorious, is dressed for greater safety as a boy. She and Alex, both in disguise, meet in unusual circumstances.

The consequent adventures take place against a background of reeking bustle, the confusion of medieval London’s prosperous growth, back alleys, the horrors of Newgate Prison, the sewerage ridden river, the quarrelsome and diverse population, and all the inevitable power struggle, politics and turmoil accompanying the very beginning of the new Tudor dynasty. 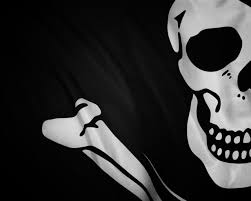 Piracy has been the hot topic everywhere lately, even if you didn’t know it. From SOPA to Megaupload to the recent discovery of plagiarism on Amazon.

I remember the day my first traditionally published novel was released. I already had mixed feelings about it but then I got an e-mail from a ‘friend’. It seems my book had been pirated. Already. It had been out for a little less than an hour or so. For a newly published writer dreaming as we all do of leaving the day job, I was horrified and furious. They were feeding on my dreams AND stealing out of my pocket! How dare they?!  I got a little hot about it with one of my coworkers. He insisted that if I were a true artist, and writing because I loved it then I should do it for free. I asked if he liked his job, because if he liked it that much as his supervisor I’d be more than glad to take him off the payroll.  Not that it mattered, I wasn’t going to change his mind, he was still going to download. And of course, the pirates did dare and after a little time I gained some perspective.

As Joe Konrath said in his most excellent blog END_OF_DOCUMENT_TOKEN_TO_BE_REPLACED