This is the video trailer for Patti Larsen’s young adult novel, Family Magic.

Family Magic is available on Amazon.com.[subscribe2] 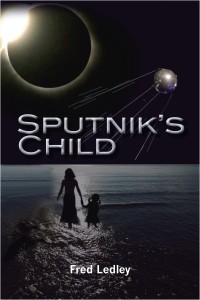 The Space Foundation has recognized Fred Ledley’s first novel Sputnik’s Child as a Certified Space Imagination Product(TM). The novel recalls the events that shaped the ideas and lives of the baby boom generation and laid the groundwork for an age of technology and its challenges. It explores how a generation was inspired by the Apollo missions to the Moon, the drama of Apollo 13 and the tragedy of Space Shuttle Challenger. Told through the eyes of a woman born the day Sputnik was launched in 1957, the story follows her from childhood through the “Age of Aquarius,” a time of social malaise, the “Me” decade and years of irrational exuberance to experience both the full potential of a technological age and its unfulfilled promise.

“Readers of this engaging novel will relive the emotions they felt hearing the Apollo astronauts read Genesis from lunar orbit, watching men walk on the lunar surface and witnessing the tragedy of Challenger and they’ll recall how these experiences shaped their identities and ideas.” said Iian Roberts, Vice President – education, Space Foundation.

Sputnik’s Child is available in paperback and electronic editions from Amazon.com, online retailers and by request at bookstores.You can learn more about Fred and his book on his website, and you can read the full announcement on the Space Foundation’s website here.[subscribe2]

I don’t want to introduce myself by being trite or speaking in clichés. But in reading the previous introductory posts of my fellow writers here on Indies Unlimited one thing is very apparent: we’ve all pursued writing as a passion or maybe even as the great love of our lives. And in the case of Indies Unlimited, I feel as if I’ve been given a Golden Ticket, a la Willy Wonka. Thank you Stephen Hise for the generous opportunity.

For me, the knowledge that I was a writer was not as innate as some of my contemporaries. I did have passions, starting with my desire to be a professional ballet dancer. Realizing I wasn’t good enough to feed myself caused a stunning bipolar reaction: why not become an attorney instead? That didn’t work out either. Law school is grueling not to mention expensive and I was already supporting myself and soon to be married. Second passion down the drain. END_OF_DOCUMENT_TOKEN_TO_BE_REPLACED

Today we have a sneak peek of Barbara Gaskell Denvil’s novel, Fair Weather: 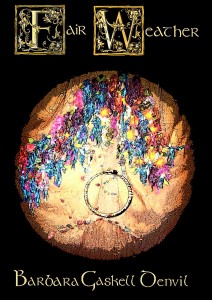 Ever since childhood, Molly has been haunted. The place of her involuntary visions is dark and its people are troubled by hunger and poverty. This is the distant past – England of a thousand years ago, medieval shadows during the reign of King John.

But it is murder within her own modern life which changes everything. Molly is drawn into the police investigation, and pulled between past and present, each now as disturbing as the other, she becomes confused. Her personality splits.

Then an identical murder in the distant haunted past of her dreams joins the two worlds in equal danger. Molly passes between. Now she travels time but is followed by some horror which kills and mutilates at will. She has opened the door to evil and the man, his voice the rustle of dead leaves, is always there. Yet Molly discovers far more than fear and misery. She discovers a whole new life, and a love she could never have imagined. Now she no longer wants to return – but she must.