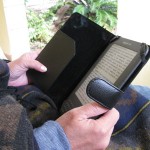 A regular novel of about 90 000 words takes about five or six hours to read end-to-end. That is, if you count all the time you spend reading, that’s what it will amount to, which means a lot of reading and a lot to remember. Unless you choose some Read-in-One-Sitting ebooks to load onto your electronic eReader.

Read-in-One-Sitting books are those you can read on one train ride, say. Or one visit to a dentist’s waiting room. Or one stand in a long queue, or at a bus stop. END_OF_DOCUMENT_TOKEN_TO_BE_REPLACED

This fall, Biff Bam Pop! will be publishing their first e-book of prose short stories. They’re specifically looking for imaginative fiction with elements of the horror, thriller and/or suspense genres.

Submissions are open to readers of Biff Bam Pop! and their friends and family, across the globe, who are over the age of 18. There is a limit of one submission per person.  The deadline is April 1, 2012.

Indies Unlimited is pleased to provide this contest information for the convenience of our readers.  We do not, however, endorse this or any contest/competition.  Entrants should always research a competition prior to entering. [subscribe2]

Today we have a sneak peek of author R. E. Donald’s second book in the Hunter Rayne highway mystery series, Ice on the Grapevine: 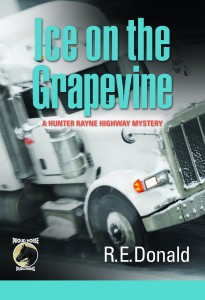 Ice on the Grapevine is a traditional mystery featuring Hunter Rayne, a retired homicide detective turned long haul truck driver. The story opens on a July morning with the discovery of a frozen corpse at a brake check just south of the Grapevine Pass in L.A. County. Hunter is persuaded by his irascible dispatcher, Elspeth Watson, to help clear two fellow truck drivers who are arrested for the murder. His job is made more difficult by the fact that the suspects, a newlywed couple, won’t speak up in their own defense.

The circumstantial evidence is strong, and a rookie detective from the L.A. County Sheriff’s Department is eager to score a win. The investigation crosses the Canada-U.S. border when the victim is identified as a second rate musician from Vancouver, and it turns out there were more than a few desperate people happy to see him dead, including the accused couple. Hunter has to use all his investigative skills to uncover the truth.

Ice on the Grapevine is available at Amazon.com, Smashwords, and at ibooks and Kobobooks. END_OF_DOCUMENT_TOKEN_TO_BE_REPLACED

Author Boyd lemon is a retired lawyer, living in Ventura, California near his four children and four (soon to be five) grandchildren. His passion is writing, and he loves to travel and sample food and wine of the world.

Boyd says the discipline to write every day is his greatest strength. “As a result, I write a lot of garbage, but enough of it is decent enough to make something out of it. I sometimes go back to old notebooks, read what I have written and find a few gems that relate to a story or book I am writing.” As far as areas in which he wishes to strengthen his writing, Boyd says he is working on improving scene building and descriptions, as well as the building of tension in a story. END_OF_DOCUMENT_TOKEN_TO_BE_REPLACED