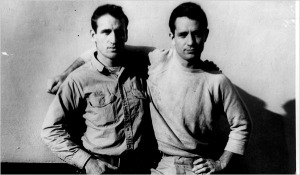 I want to talk about endings. How important they are, obviously; but more because I simply want to share some of my favourites. A lazy post, in a way, but perhaps a fun or enjoyable one. I love a well-crafted passage of writing, wherever it occurs in a book, and most who love language would probably concur. Yet more satisfying and occasionally beautiful still are those final lines of a novel that both summon and summarize the themes and rhythms of the entire narrative in a handful of incredibly wrought, startling, sorrowful exquisite, elegiac sentences.

Some quotes stand alone, gorgeous synecdoches; others require the full context of the preceding novel. No matter. Beauty is beauty, and in my own writing I use these as perhaps unattainable benchmarks for how I want my language to develop and move throughout a piece. I say unattainable, because for me a sublime failure is still more interesting than a bland success. If I had written anything even approaching the brilliance of any of these, I might just retire happy… or not. Yeah, probably not. I offer these without commentary or void even of my usual lame attempts at humour. Savour them and please add your own favourites in the comments section.

(It ought to go without saying, really, but here there be spoilers!)

1. “Don’t ever tell anybody anything. If you do, you start missing everybody.” — J.D. Salinger, The Catcher in the Rye

3. “Everything had gone right with me since he had died, but how I wished there existed someone to whom I could say that I was sorry.” — Graham Greene, The Quiet American

4. “We were alone with the quiet day, and his little heart, dispossessed, had stopped.” — Henry James, The Turn of the Screw

5. “He fits himself around her, her silk pyjamas, her scent, her warmth, her beloved form, and draws closer to her. Blindly, he kisses her nape. There’s always this, is one of his remaining thoughts. And then: there’s only this. And at last, faintly, falling: this day’s over.” — Ian McEwan, Saturday

6. “Listen. Slide the weight from your shoulders and move forward. You are afraid you might forget, but you never will. You will forgive and remember. Think of the vine that curls from the small square plot that was once my heart. That is the only marker you need. Move on. Walk forward into the light.” — Barbara Kingsolver, The Poisonwood Bible

7. “So in America when the sun goes down and I sit on the old broken-down river pier watching the long, long skies over New Jersey and sense all that raw land that rolls in one unbelievable huge bulge over to the West Coast, and all that road going, all the people dreaming in the immensity of it, and in Iowa I know by now the children must be crying in the land where they let the children cry, and tonight the stars’ll be out, and don’t you know that God is Pooh Bear? the evening star must be drooping and shedding her sparkler dims on the prairie, which is just before the coming of complete night that blesses the earth, darkens all rivers, cups the peaks and folds the final shore in, and nobody, nobody knows what’s going to happen to anybody besides the forlorn rags of growing old, I think of Dean Moriarty, I even think of Old Dean Moriarty the father we never found, I think of Dean Moriarty.” — Jack Kerouac, On The Road

8. “I lingered round them, under that benign sky;  watched the moths fluttering among the heath, and hare-bells; listened to the soft wind breathing through the grass; and wondered how anyone could ever imagine unquiet slumbers for the sleepers in that quiet earth.” — Emily Brontë, Wuthering Heights

9. “Hill House itself, not sane, stood by itself against its hills, holding darkness within; it had stood so for eighty years and might stand for eighty more. Within, walls continued upright, bricks met neatly, floors were firm, and doors were sensibly shut; silence lay steadily against the wood and stone of Hill House, and whatever walked there, walked alone.” — Shirley Jackson, The Haunting of Hill House

10. “It had ceased raining in the night and he walked out on the road and called for the dog. He called and called. Standing in that inexplicable darkness. Where there was no sound anywhere save only the wind. After a while he sat in the road. He took off his hat and placed it on the tarmac before him and he bowed his head and held his face in his hands and wept. He sat there for a long time and after a while the east did gray and after a while the right and godmade sun did rise, once again, for all and without distinction.” — Cormac McCarthy, The Crossing