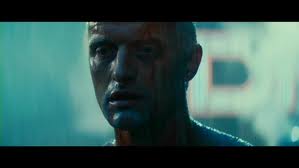 Here, in reverse order, are ten things I like that are related to writing. Sort of. This is a completely random list and may possibly be an early sign of my eventual and catastrophic disintegration. Actually, I’ve reread it and it makes a very abstract kind of sense, after all. If you’re a surrealist. Or a nutbar. Or a strange gelatinous creature from the Aldebaran system.

10. I like hats. Not to wear. Very rarely, in fact, do I wear hats. I am far too proud of my flowing golden locks to hide them. I run my fingers through those locks while mimicking the sound of gentle lovemaking in haylofts. Anyway, hats. I will write about hats until the cows come home. And if, upon arriving home, those same cows eat all the hats, I will create more hats from whole cloth. Only, not. I’ll create them from nothing but thoughts, like Lewis Carroll embracing Khalil Gibran while on acid. The flowing golden locks part was a lie, incidentally. It’s normal guy hair, short and greying, but I still like it.

9. Roy Batty. The coolest of replicants, steeped in pride and melancholy like a lost boy in a gymnasium full of parakeets. I wish I could have written something even a tenth as poignant and plain badass-cool as the “tears in rain” soliloquy. Actually, this isn’t good. This actually makes me want to give up writing. As it should. You should too. And when I do, I will sigh, with the staggering weight of humanity’s eternal sorrow behind my exhalation, and whisper “time to die.”

“Maybe, as he stood
two inches from the wall,
in darkness, fogging the old plaster
with his breath, he visualized the future
as a mansion standing on the shore
that he was rowing to
with his tongue’s exhausted oar.”

from Self Improvement by Tony Hoagland

“On longer evenings,
Light, chill and yellow,
Bathes the serene
Foreheads of houses.
A thrush sings,
Laurel-surrounded
In the deep bare garden,
Its fresh-peeled voice
Astonishing the brickwork.
It will be spring soon,
It will be spring soon —
And I, whose childhood
Is a forgotten boredom,
Feel like a child
Who comes on a scene
Of adult reconciling,
And can understand nothing
But the unusual laughter,
And starts to be happy.”

Poetry is not being all emo about how no one understands you, especially that girl with the cute dimples and the endearing way she flicks her hair back. When it comes to poetry, most of us get stuck in that phase and forget to move into the adult world, thinking such ephemera poetry. It’s understandable in a way. We are not always taught it with joy. But poetry is neither Hallmark doggerel nor a sterile academic sideshow. At its best, it’s more akin to music, with its odd internal logic, tone and rhythmic/melodic qualities. Each type of poem has its own rules. A sonnet is not even close to a poem written in free verse, but both are equally valid as forms, the skill of the poet and the (mind’s) ear of the audience the only things that matter. The good stuff isn’t easy to find; you have to dig. I could post maybe a hundred examples right now of why good poetry is worth your time. It’s inspiring. It’s the use of delicacy and subtlety within exacting strictures. It’s beauty. I don’t know why, but for many centuries poets were valued, yet if you say you’re a poet today (I don’t, because I’m not), you will likely be met with awkward silence or possibly even the mocking laughter of a growing crowd that quickly senses blood. In the shame scales, it’s perhaps only a rung above sex offender, or even politician. I’m really not sure why. But I like it. Good poetry, that is. Is there a person alive who wouldn’t react in some way to such a startling phrase as “astonishing the brickwork”?

7. Why don’t North Americans “get” what they insist on calling soccer? It’s inspirational. The very criticisms they level at it are the aspects that make it more than a sport, something elevated into a hybrid of art form and planetary-wide cult. Take the low scoring. It really should be obvious to anyone who has thought about gold or diamonds or raucous laughter on a killing field why that is a positive. When you make the goals so rare, their value is increased. They are precious. I watch soccer, or football as I used to call it back when I was European, and something of its grace and power and drama has to inform my writing. At least, I hope it does. It has to. Even the simulation must translate. I dive to win a penalty. Metaphorically. Even when you dive, you still have to tuck it away. The crowd is outraged. It’s wrong, yet you now have a chance to win. I can’t explain this. It has something to do with the inherent unfairness of the universe. Randomness and a terrible unquenched need.

5. I am not judgmental. Generally. But if I encounter someone who doesn’t like animals I am creeped out. I have created characters still only at the sketch stage who are extremely unpleasant and capable of great brutality, and I instinctively make them animal-haters. This I might never change.

4. Do you recall an early morning in which the air is cool yet already embracing the promise of the sun? In which the simple act of breathing is a delight albeit one containing the chill woe of its eventual absence? In which the shadows are still soft yet beginning to test their edges like a hoodlum with a switchblade grinning in an alley? I don’t know what I’m trying to say, but this dark, dichotomous urgency is filling me with the strangest panic.

3. It’s all about writing. Which is essentially communication. Which, in its turn, is how we connect with our fellow humans. So, it’s about love. Because we can’t love any one or any thing if we surrender to the awful void of the world’s loneliness. Isolation is narcissism. When we magically talk to another, and we get even a portion of our meaning across, with all its beauty or frustration or uncertainty or hunger, we are performing the work we once attributed to gods. It’s alchemical. It’s akin to magic. Love can’t fully happen without it. I take back what I said earlier: we should never give up writing. It would be like a bird giving up the air.

2. I don’t know what this post is about. It isn’t funny, or even profound. We sometimes have strange days in which the quirky detritus of the world comes drifting in on rays of alien light via windows we didn’t know existed. Once we know they exist, it’s important not to board them up, yet equally important we don’t force their eldritch light to shine. Let them shine when they shine, and otherwise remain shrouded.

1. A woman stood on a promontory. She clasped a dead kitten to her breasts, and the look of sorrow on her face made the gods weep so much they lost their nerve and abandoned humanity. She looked down at the wrathful surf below, at its inexplicable tantrum against the snaggletoothed rocks and she knew both the ocean’s rage and it’s deceptive placidity. She swayed. A sudden gust would plunge her toward those rocks. She held her breath and waited to see if nature would further aid and abet a terrible crime against love, a crime of neglect. She leaned forward at an almost impossible angle. But no gust, not even a breeze. Nature was violent below, yet gentle as lark song up here on the cliff edge. The sun’s rays were splayed above the horizon, gilt-edging the few clouds amid the deepening blue of the sky. She let her tears fall and recalled a time when she had been a little girl and thought she had seen a stunted demon steal across the school playing fields, hunched and hooded and malignant as any inoperable cancer, as hostile a thing as any she had encountered before or since. She cried for the kitten that had been denied its chance to accept or reject the glory and the disenchantment, the splendour and the defilement. She held its tiny grey body out, marveling at its lightness, and she let it fall to the tumultuous indifference of the eternal clash of water and rock below. The way of yielding and the way of resistance. Thinking about the many ways we must choose to either love or murder, she turned toward home and the man who might soon pay the price—deserved or otherwise—of her eventual decision.