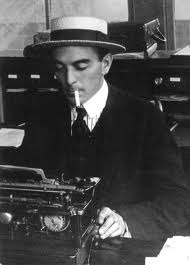 I took double my medication this morning by accident. What does this mean for you? I have no idea. What I do know is that I am very, very sleepy. And a little bit too intrigued by the wall paper. God, it’s pretty. Why am I crying? I just love you all so much. You know that, right? I don’t say it enough. I’ll try and do better from now on.

What was I just doing? Oh yes, writing. About something. I need something to write about. See writing, man, it’s like words and punctuation marks. God, they’re funny. Little squiggles like tiny amoebas on my screen…why are they moving? Man, I’m thirsty.

I used to write about sports. When I was 14 or 15. I had a press pass, and I got to go to all the Chargers games. And Padres. Etc. I think I got paid $4.16 an hour. That seems right. There was a full bar in the press room. And a buffet. I availed myself of both depending on who was tending bar.

God, my neighbors are arguing. I wish they’d shut up. It’s really distracting. I wonder what they think I do all day. I never leave the apartment. Hmmm….

Oh yes, sports writing. The funniest thing about the whole scenario was that I hate, hate, loathe, and despise watching sports. I might actually prefer watching paint dry. Especially right now. My couch is SOFT, yo. That’s all I’m saying.

So, I started covering games. I convinced them to give me a column so I could say whatever I wanted. I pretty much said whatever I wanted anyway. Most of my articles that weren’t straight ‘literary box scores’ were about how stupid I think spectator sports are and how annoying professional athletes are.

I took the parents to task especially. This was when people were stabbing each other at t-ball games. That’s the funny rub here. I like sports. I played soccer and football and basketball my whole life until I destroyed my back, and got old, and decided to live the glamourous life of a freelance writer who never eats and showers once a day (sometimes).

Oh Jesus, I need to make this relevant. Did I think that or type that? Birds are pretty. Sometimes I wonder what the hell they’re talking about. They seem damn passionate, whatever it is.

So, this was a while ago and sportswriters were changing. Most of the sportscasters and sportswriters now wouldn’t be able to carry the typewriters of the good old boys. That was part of the appeal. The old guard was still there, barely. And I loved them. They had one suit they wore to every game…their tie was never done up all the way. They sweat and cursed a lot. There were no laptops. They carried typewriters and made excited calls from the ‘press phones’ to their editors.

They chain-smoked and drank like they were afraid the world was going to run out of Canadian Club Whiskey. They talked in a weird kind of grunting, lilting, liquor soaked madness. Most of them were short…I don’t know why.

What I remember most about them is that they all pretty much hated each other. There was no witty banter. They were competitive bastards. BUT! (insert much needed relevancy here) They were nice to me. At first, they would just come over and shake my hand and introduce themselves. They all had old school names like Sam and Eddie. Then they started getting suspicious (which was their default mode anyway). What they hell was this whipper-snapper doing in the press box?

Now, this could have gotten really ugly, but it didn’t. I would stammer some apology that I was a reporter, and they would tell me to quit my goddamn jabbering and say who I was and who I wrote for and be proud. I was embarrassed. They told me not to be. They started following my articles. And, thinking back, they were remarkably kind. They didn’t want me to be ‘a hair reporter’ (sportscaster with nice hair…which was lucky). They wanted me to understand the history of their art.

They gave me books and told me stories. These were savvy fellows. Even after ten drinks. They knew that what they loved – sports writing – was a disappearing art. They were not so naïve as to think that I could save it. But they wanted me to know about it. They thought it was important that I new who Grantland Rice and Red Smith were. And it was important (and if you don’t know you should put down your goddamn kindle and find out, whippersnapper).

They knew that I wanted to be a fiction writer. They didn’t, but they respected Damon Runyon and Ring Lardner. They were minimalist masters. They wrote their copy on old type writers, keys chattering like angry monkeys, cigarettes hanging from their lips, and they didn’t go back and revise because there was no need. They wrote simply, directly, and they did not make mistakes. And if they did, that’s what the stiffs in the editorial office were for.

These guys are in old folks’ homes now. Or dead. Probably dead. And I don’t know what I would say to them even if they were sitting in my living room. Probably something about the fact that the flowered chair is pulsating which would make them smack me and call me a hippy.

So, what’s the point of all this (think Dan, THINK). Well, these guys didn’t have to care. They were overworked and underpaid. But they took the time to talk to me. To teach me a few things. To encourage me. To tell me things that sounded awful until I realized what they really meant (Write like a goddamn man, stop trying to be so damn fancy!).

So, yeah, they’re dead now. And so is a strange tradition. Because being a sportswriter now is not like it used to be. It’s all blooper clips and stupid jokes and gossip and lead-ins to youtube videos. The guys I knew (actually, now I’m kind of hoping they’re dead) would have been appalled. Sports were serious business. And writing about them was serious, too.

They didn’t like the more opinion-y stuff I wrote. But they knew I could bring it hard boiled and bare-boned, too. They knew I was killing something they loved, but they knew it wasn’t my fault. I want the couch to stop feeling slimy. I also want to thank those old bastards, wherever they are. Because, I don’t write about sports anymore, but they made their points. I don’t always follow their advice, but a lot of the time, I do.

I’m damn near crying now, and I don’t think it’s the meds. I had an old fat editor who ate huge sandwiches and never said one unkind thing about anything I wrote. The owner of the paper listened to my crazy whippersnappy ideas and sometimes he’d just smile, but sometimes he would pat me on the back and I knew I’d done something. I never even thanked these guys. I just left town when it was time. Which, in hindsight, is part of the tradition, too, I guess.

I didn’t think I’d miss it, but I do. I miss riding with my photographer in his old beat up VW van. I don’t regret much, but I wish I’d had the sense then to realize what it was that had been handed to me. I appreciate it now. And I just want to say thanks guys. It wasn’t all a wash. I listened. And I never told anyone about this before because it was a sacred thing (and my parents would have made me stop going to games). But it’s high time y’all got your due. For what it’s worth, I made my students read Ring Lardner until they understood. And I understand. I do, really. It just took me a few decades.

JD Mader is a Contributing Author for Indies Unlimited and author of the novels JOE CAFÉ and THE BIKER – and co-author of the mighty Bad Book. For more information, please see the IU Bio page and his blog:www.jdmader.com (and musical nonsense here: JD Mader).