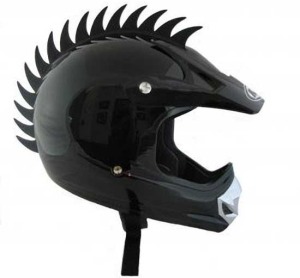 We are all writers.

No, I don’t mean everybody, I mean specifically the people likely to be reading this post on Indies Unlimited. I totally don’t think just *everybody* can write, and if I ever had thought such a thing, grading freshman comp papers would have disabused me of the notion. Seriously, some of those kids couldn’t have put together a suicide note with a discernible climax. But I digress…

As writers, probably an inordinate number of us tend to be “sensitive” people. We spend the balance of our time living in worlds that nobody else can see, writing down words nobody else can hear, describing places that MapQuest can’t find. Our lives are to a large extent, internal. And on top of that, we tend to be people who feel things rather deeply. I don’t think someone who is not fairly empathetic can write a character other people are going to care about, and you can’t convey emotion if you can’t feel it yourself.

Thus, a whole bunch of us are pretty much basket cases to begin with. Bowls full of jelly and raw nerves. And while that may be helpful and even necessary to the process of creating a story, it also means that when we put those stories out there, and (gasp!) somebody doesn’t like them…disaster! Oh, gawd, they hate my book, so that means they hate me! I’m a hack, I’m a loser, I suck! They see right through me! Doo-lang, doo-lang! Goodbye, cruel world…”

If you hang around a lot of writers’ groups, either in the virtual world or in…you know, that other world outside the window by your desk, then you’ll see a lot of that. Not always so dramatic, but a lot of it.

There’s a lot of anger from affronted writers, even more angst, and an awful lot of “kiss my boo-boo and make it better” pleas for validation from fellow members of the scribbling tribe, as we all pretty much know where each other are coming from. Some of it, I know, is an honest attempt to get opinions about how to improve going forward. But a lot of it is just wallowing. Holding our breath and pounding our fists and kicking the floor. And yes, venting feels good, and a virtual pat on the head or a verbal ice cream cone can cure some ills. <hugs>

But gang, really. At some point, we’ve got to let all this stuff roll of our backs, and get back to work. Every moment spent bemoaning the fact that somebody out there thinks your carefully crafted narrative is gooseplooey (gooseplooey being the stuff that comes out of geese when they are squeezed too hard) is a moment lost.

You could have written the first line of your next chapter in the time it took you to share the fact that BieberGrrri143 on Goodreads thinks your main character is a dork. Maybe it will make you feel better for a minute, but is it really the best use of your time and energy? Really? Worrying about BieberGrrrl143? (I made that name up, so apologies if it is actually the twitter handle of anybody reading this).

So, call this one Eddie’s Tough Love Advice column. Something didn’t go your way, somebody said something mean, the reading public hasn’t fallen madly in love with you yet?

Tough gooseplooey. Suck it up. Put on your big kid pants and get back in there. Harden your heart and steel your nerves, and next time, you come out swinging at the bell and you knock ‘em on their ass with your next story. You don’t think you can do that? Then what the hell are you doing here? There’s the door, ain’t nobody forcing you to be here. This is the life we chose, or the life that chose us, but either way: This is our life, and this is what we do. We are writers. We can drop somebody’s jaw from a thousand miles away, touch somebody more than the person standing next to them, make them bust out laughing in church. At a funeral. You want somebody to love you, buy a dog. You want somebody to love your writing, write it better. And know that you are never, ever, EVER going to write ANYTHING that SOMEBODY out there is not going to absolutely HATE, and they may well tell you so. So the hell what? Honey Badger don’t care. Life sucks, get a helmet, and get back to work.

“Once more unto the breach, dear friends, once more; Or close the wall up with our scribbling dead.”

That last bit was Shakespeare (mostly), and BieberGrrrl143 probably thinks he sucks, too.

“I don’t really like feminist writing, it seemed like she was just ranting a lot about random stuff that upset her.”

A Room of One’s Own by Virginia Woolf

45 thoughts on “Ed’s Casual Friday: Get a helmet”