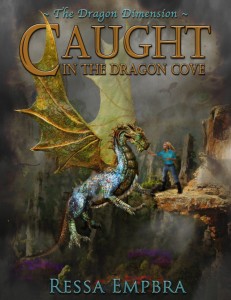 Today we have a sneak peek of Author Ressa Empbra’s new science fiction fantasy book, Caught in the Dragon Cove.

Caught in the Dragon Cove is available exclusively on Amazon.com and Amazon UK as an e-book.

And now, an excerpt from Caught in the Dragon Cove: END_OF_DOCUMENT_TOKEN_TO_BE_REPLACED