When Adan awakes in a research facility known as the Institute he has no memory of who he was. Worse still, the scientists nursing him back to health don’t seem to care. They only seem interested in him as a research project. But the strange technology they’ve fused inside of him and his missing memories are only the beginning as he finds himself swept up in a conflict between the researchers and the last remnants of humanity untouched by their experiments.

Step into the journey of one man to rediscover his own identity and in the process to save humanity from its greatest enemy: itself.

Into the Vast, the high-tech Science Fiction novel by DJ Edwardson, is available from Amazon.com, Amazon UK, Kobo and Barnes & Noble.

That’s not surprising, considering that traditional publishing houses have kept as tight a rein on their eBook sales to libraries as they have on eBook sales in general. Some of the Big Six reportedly don’t sell eBooks to libraries at all. The publishers that allow such sales insist that libraries purchase only DRM-locked books, and they limit the number of borrows for a single eBook copy. Why all the hoops? The big publishers are afraid that if library patrons find out they can borrow eBooks, it will eat into their sales – and, hence, their profits. That’s despite the fact that a large percentage of eBook borrowers are also eBook buyers. END_OF_DOCUMENT_TOKEN_TO_BE_REPLACED

Our own Lynne Cantwell is the winner of the Indies Unlimited weekly Flash Fiction competition. There was a small, but tough field of competitors this week. Congratulations to Lynne, and thanks to everyone who participated – excellent entries! 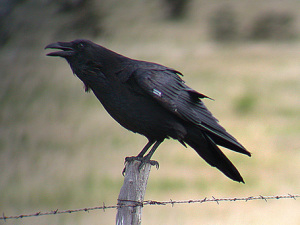 Of all the traditional filler material any blogger or columnist might be tempted to use for a last post before Halloween, there is probably nothing so hackneyed, so stale, and so overdone as a parody of Edgar Allan Poe’s poem, The Raven.