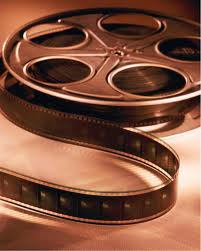 Three different video book trailers were featured this week on Indies Unlimited. Now it is your turn to vote for the one you felt was best. No money—no prizes—all for the glory.

3. Eyes Behind Belligerence,  by K.P. Kollenborn

Have you ever done something that seemed silly but you really hoped it worked?

I have, and I’m here to tell you all about it. It’s a little embarrassing— admitting that I actually did this and believed in it. 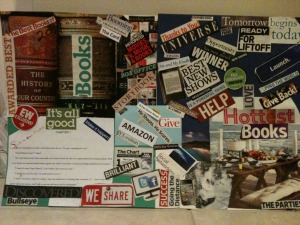 The month before I published my debut novel, The Card, I created a manifestation board. You know, one of those collage type of things that have a bunch of pictures of what you want to accomplish or acquire. You’ve probably heard about them in books or movies like The Secret.

Well, I did it. I cut out a bunch of pictures and words that related to life and my new writing career. The picture is proof. END_OF_DOCUMENT_TOKEN_TO_BE_REPLACED 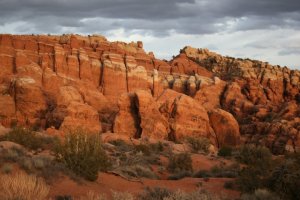 Marshall Briggs signaled for the posse to halt. Truth is, most of us were done in after two days’ hard ride.

This is where it was likely to get bloody. The Cheyenne Kid and the Black Rock gang had made it to the Wall.

From there, they’d be able to pick the posse apart on this open ground. But the Marshall wasn’t the kind of fella to give up quite so easy as that. He called for the men to dismount and gather around. It was then he revealed his bold plan.

In 250 words or less, tell us a story incorporating the elements in the picture. The 250 word limit will be strictly enforced. END_OF_DOCUMENT_TOKEN_TO_BE_REPLACED 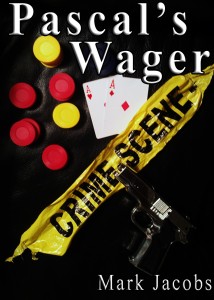 Destined for a brilliant career in academia, Pascal Silver instead decides to be a risk taker. Packing up his unfinished philosophy dissertation, he moves to Las Vegas to pursue his dual goals of winning the World Series of Poker and the only slightly less daunting task of finding the meaning to existence.

Low on cash, Pascal is forced to take part-time work at a private detective agency. Now, with his boss out of town, into his life walks the gorgeous Allegra LaPierre wanting to know who murdered her father, casino owner “Houston Phil” LaPierre.

Employing his uncanny poker skills, Pascal can tell everyone involved has something to hide including Phil’s ex-stripper widow; his knucklehead son, Bruce; and his partner, Fat Johnny, who’s in debt to a local gangster. Complicating matters, Bruce LaPierre is suddenly found murdered and suspect number one is Allegra. Though all evidence points to her guilt, Pascal falls back on the famous wager of faith put forth by his illustrious namesake. He chooses to have faith in Allegra, not just because he’s fallen for her, but because it’s a good bet.

But when representatives of the Chicago mob show up telling him to drop the case, Pascal has to take his greatest gamble yet. With Allegra’s life hanging in the balance, he’ll need to pull off the biggest bluff he’s ever attempted to save her. Even if he does, he’s still left with the question “Who killed Phil?” a question only he is shrewd enough to answer.

Pascal’s Wager is available from Amazon, Smashwords, and Barnes and Noble. END_OF_DOCUMENT_TOKEN_TO_BE_REPLACED