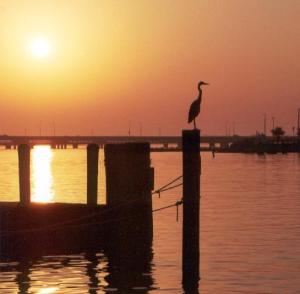 Morning on the Bay
by Mandy White

Her mother was a Tijuana whore. Maria had spent most of her childhood surviving on the streets. Manuel had been attracted to her tough edge and dark, untamed beauty. He had shared his bed with her several times before she duped him into marriage by feigning pregnancy. It wasn’t until after the wedding that Manuel discovered the truth about Maria. Not only was she barren, she was a cruel, hateful, violent bitch. She was also a powerful Bruja, trained by her grandmother, who came from a long line of practitioners of the ancient magical arts.

Manuel had tried to leave her but she had warned him that he would never escape from her. She threatened to use black magic on him if he tried to leave. The fear of being hexed had kept him with her for five years but now he was free. A bit of poison in her tequila and the deed was done. Her raven hair billowed in the waves like dark seaweed, softly framing her face as she sunk. She was still so beautiful, even in death. He sighed and waded back to shore.

Suddenly something grabbed his ankle, pulling his feet from underneath him. Manuel screamed in terror and clawed at the sand as he felt himself being dragged back into the sea.

As his head went under the last thing he heard was an evil, watery laugh, “I told you you’d never escape me, Manuel! Never!”

3 thoughts on “Congrats to Mandy White”