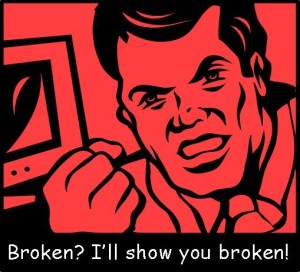 Have you ever been in the middle of telling a story, just about to reach the climax, and everybody turned away and you weren’t able to finish. That happened to me a couple of weeks ago, except I was conducting a workshop via Skype and the power, literally went out.

One of the very cool things that happens when you achieve a little bit of success from self-publishing is that people think you have something to say. They think you have the ingredients to the secret sauce. In fact, after I passed along some advice to a fellow author a few months back, that’s exactly what she told me. She said, “You just gave me the ingredients to the secret sauce.” It reminds me of the book/movie “Fight Club”. “The first rule of Fight Club is-there is no Fight Club. That’s incorrect of course, because there was a Fight Club. Well, the first rule of self-publishing is that there is no recipe for the secret sauce. Maybe.

So, now that I’ve created the illusion that I’m one of the holders of the recipe, I’m approached from time to time to teach a workshop. I’ve spoken at writer’s festivals and writer’s groups. And, as I’ve mentioned in other articles, I’m honored to get out there and answer questions and try and showcase the more professional aspects of our young industry. I sat on a panel at the North Shore Writer’s Association Festival recently and I spoke about the target that self-publishing has on its back. I’m happy to carry that target around and answer any questions that come up. In fact, take your best shots and I’ll show you some incredible books that are being published in a very professional manner. But, I digress. As I mentioned, I was teaching an evening workshop on self-publishing. I’d been approached by a company called Storywell a few months ago. Storywell.com is a school in southern Ontario, and they wanted me to talk about self-publishing and where it’s headed. Southern Ontario is about three thousand miles away from where I live on the west coast of Canada so an in-person class wasn’t going to work. The school facilitator decided that I’d Skype the workshop from my office to their classroom. We ran a test a week before and it looked like it was going to work great. During our test run, Susan, the very accommodating facilitator turned her computer around and showed me the classroom. There was a long conference table where folks would sit and at the end there was a pull-down screen that would show my face. Yes, unfortunately, for two hours those poor folks, who paid money, would have to look at a larger than life image of my face.

So, once everyone was sitting comfortably, I talked about my self-publishing journey. I sat, looking at my computer, seeing the top of someone’s head as they made notes, and I talked my talk. It was a little odd for me because I couldn’t see anybody’s facial expressions while I was talking. There were laughs at the appropriate times and sometimes laughs at times that I didn’t expect too, and that was a good thing because then I knew there were actually people on the other side of the country listening. Judging from the top of the person’s head and occasional noises, it seemed to be going really well. So, I reached the peak of my presentation, the part where I talk about the current state and the future of self-publishing. I had polished my crystal ball and I had so many profound things to say that I could hardly contain myself and then it happened. Skype quit. It just stopped working. We tried to re-start it over and over but it just wouldn’t work. We tried running without video, just audio, but it was no use. The system had had enough. Fortunately, back in high school, I took a typing class, twice actually, (so that I could meet girls), and I became quite a proficient typist. The meeting girls part, tragically, didn’t work out, as I wasn’t the only boy in high school who had that idea, but that’s another story. So, I used the little message bar on Skype, and I typed, and typed, and typed. I typed the rest of my presentation, and Susan, typed back questions to me and I answered. We did that for an hour. She inserted the odd smiley face and “lol” here and there so I knew it was going okay but it was still a very strange experience because now, I didn’t even have the top of a head to view and I didn’t really know what was going on in the classroom at the other end of the country.

Finally, just as my fingers were beginning to seize up, Susan told me we had to end and she thanked me. Once I logged off I wondered whether the participants felt as though they got their money’s worth. I didn’t have to wait long to find out. That evening I had two emails from folks who attended thanking me for helping them. The next day I received another email, again, thanking me. And, Susan seemed happy too. It made me realize something, as Indie authors who are actively promoting ourselves and our work online we tend to forget one important thing. This is a pretty special thing that’s happening here and not everybody knows about it. We do, because we’re here, talking to each other, but there are a heck of a lot of writers, some already traditionally published and some who are still working on their first draft, who don’t know what we’re doing. All they know is we’ve found a way to connect with our readers and they wonder how we’ve done it and they want the recipe to the secret sauce, which of course is a myth. Because, remember, whether you hear it on Skype, or typed to you from three thousand miles away, the first rule of self-publishing is this: There is no recipe for a secret sauce. Maybe.

17 thoughts on “There is no recipe for a secret sauce. Maybe.”