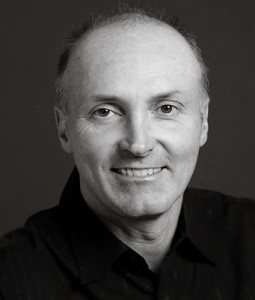 There is a pact between every author and every reader. The pact goes like this: “I, the author, will tell you a story with characters and events so interesting and true you’ll enjoy every word to the very end.” But sometimes, good intentions fail and the story stinks. The betrayed reader throws the book into the trash and swears never to read the %&$*$ writer again.

The worst offense is when the pact between writer and reader fractures because the writer presents something false, unbelievable, or inconsistent with real life experience. Among Hollywood screenwriters, the relevant tenet is called “suspension of disbelief.” The concept originated with the poet Coleridge in 1817 who said if writers put “human interest and a semblance of truth” into stories then readers would not be put off by any implausibility of the narrative. But what are the three big violations of plausibility that most frequently send books into the trash?

1) Errors Of Fact – Usually occur when a writer is dealing with subject matter unfamiliar to them. There is no better example than firearms: many popular mysteries offer blunders like the hero “slapping a new magazine in the .38 revolver” (revolvers don’t have interchangeable magazines). Some authors argue that most readers aren’t experts on pistols and won’t spot the error, but that’s a shoddy defense indicating laziness on the part of the writer, and worse, contempt for the reader’s intelligence and attention. This kind of factual error can occur in any technical field: computer hardware, automobile insignia, geography, skydiving, football mascots, aircraft maintenance, etc. Conversely, some writers have built careers on presenting technical details credibly: Stephen Hunter (guns), Tom Clancy (the military) and Robin Cook (medicine) are three examples.

2) Plot Turns Based On Convenience / Coincidence – In Lee Child’s Killing Floor, the hero Jack Reacher gets off a bus in the town of Margrave, Georgia, only because he remembers his brother told him years earlier that an obscure musician died in Margrave. This random act is a problem because it fails the test of “consistence with experience.” Normally, people ride buses with destinations in mind. But it suits Child’s convenience to start the story in Margrave. With a little more work, he could easily have made this plot credible if he gave Jack Reacher motivation. For example, a letter in the mail from any resident of Margrave would be enough to plausibly send Jack Reacher there, rather than blind chance. In the real world, we rarely encounter coincidences (or “luck”) and too much luck, too many coincidences, is unbelievable, especially if it helps the protagonist get where they need to go.

3) Failure To Offer Any Logical Explanation – You can present anything in a book, a glowing zombie or a six-year-old girl with a genius IQ. Just tell us how it happened. Ideally, an original, fun, clever explanation — but any crazy rationale is better than no explanation. Maybe the zombie is a result of radiation from nuclear tests. Maybe the girl is a distant relative of Einstein. Fantastic! All too often we find characters or plot situations without any logical explanation whatsoever. In better writing, the author’s plan is to develop a logical support for impossibilities. Michael Crichton’s Jurassic Park is a fine example, as Crichton employs considerable ingenuity to present a science-based situation where dinosaurs can interact with modern-day characters. Another example is Steig Larsson’s character Lisbeth Salander, who seems to possess an impossible fusion of odd talents (computer-hacking, pro boxing, etc.) but the three novels in Larsson’s Millennium series offer a gradual grounding of Salander’s personal history, and readers accept, through a combination of genetics and environment that Lisbeth Salander is logically possible, interesting, and importantly — fun.

Let’s not overload Coleridge’s “semblance of truth” and forget that he also said “human interest” helps suspension of disbelief. “Human interest” stories arouse the reader’s emotions, particularly sympathy for a character. Dickens used sympathy when he created the orphan boy Oliver Twist (1838) and orphan appeal still worked for J.K. Rowling’s Harry Potter (1997). The appeal to emotional involvement is incredibly powerful and if the writer handles it correctly, the story becomes such fun that “pure truth” becomes secondary. Magic, wizards, and dragons are not true to our logical life experience, but they are so much emotional fun that we forgive their flaws, and grant them temporary “reality.” Ultimately, an emotionally fun story can trump all other considerations, but it also is the hardest kind of narrative to write.

Walt Morton is a novelist, artist, and photographer. He has worked with dozens of Hollywood production companies and Fortune 500 companies in need of new ideas. Usually, he is called when a project is such a wreck that no one can save it — and that’s when the real fun begins. He also enjoys working with power tools and still has all his fingers. Visit his website.

10 thoughts on “Make Me Believe the Unbelievable”