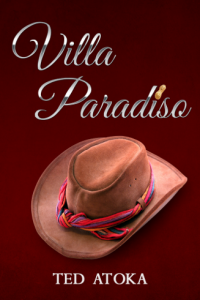 Four college grads, with ink still damp on their degrees, form an alliance with two mature women. The plan is to build a state-of-the-art life care retirement facility for the two silver-haired gals to call home. Working closely with the retirement facility’s residents poses challenges, including misplaced ED tablets, a shotgun named Bertha, and a famous womanizer called Ziggy. Toss in a one-armed CEO, Oklahoma’s weather, incompetent employees, a maintenance man without vocal cords, and an unscrupulous attorney, and the little group has their hilarious—and touching—work cut out for them.

And now, an excerpt from Villa Paradiso….

END_OF_DOCUMENT_TOKEN_TO_BE_REPLACED 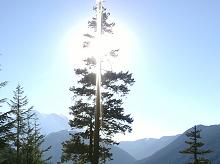 Why not be the best. So many people go through life just getting by. You have a say in this, you know.

Sure, it takes a little work … and time … and passion … and tears. I look at the shelves that surround me as I type this and see tons of “A List” author names and New York Times bestsellers. END_OF_DOCUMENT_TOKEN_TO_BE_REPLACED

I wonder what kind of dog I’ll be when I grow up. Maybe I’ll be an athlete and join the ball and Frisbee crowd at the park.

Maybe I’ll be a sportsman, trailing dangerous game through the fields and forests.

Use the comment section below to submit your entry. Entries will be accepted until Tuesday at 5:00 PM Pacific Time. END_OF_DOCUMENT_TOKEN_TO_BE_REPLACED