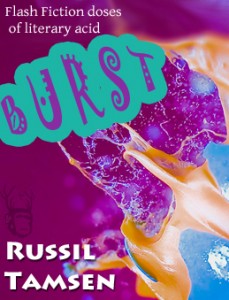 Slightly demented stories inspired by actual dreams. This collection of 130 quick reads is perfect for when you’re sitting on the john, or you’re needing a quick fiction nibble over lunch. Or you’re just feeling too A.D.D. to commit to a novel. Destined to become the kind of cult classic that William S. Burroughs would pass around to his friends. Also influenced by Tom Robbins and Chuck Palahniuk. BURST is full of memorable, off-kilter characters entangled in uncomfortable comedies of errors and misadventures: from a Guy Ritchie informed thug to telepathic aliens, and more!

Burst is available from Amazon.com and Amazon UK.

Here is an excerpt from Burst… END_OF_DOCUMENT_TOKEN_TO_BE_REPLACED 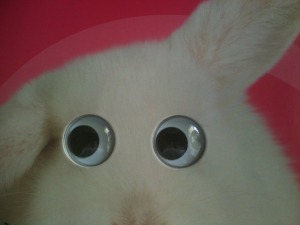 Whether you are Tweeting or writing a blog post, your headline is what captures the reader’s attention. I know that I’ve struggled with headlines my whole life. Sometimes I can sit down and pound out 800 words in minutes but it will take me an hour to figure out a six-word headline.

Headlines online are quite different from headlines in newspapers. Online headlines must stand-alone and help the reader decide if they want to click through.

So, how do you create a headline that people want to see? END_OF_DOCUMENT_TOKEN_TO_BE_REPLACED

The two crew members and the five passengers survived the storm. They were washed up on a tropical island far out of the sea lanes and with no means of communication.

They counted themselves fortunate that the island had abundant fresh water and plenty of fruit to sustain them. They were able to fashion crude shelters to protect themselves from the elements. All went well at first.

Maybe it was the heat. Slowly, they all seemed to descend into madness.

One guy thought he was some sort of super genius. He walked around with a coconut, hallucinating that he had somehow fashioned it into a radio.The two oldest passengers had delusions that they were the richest people in the world. They became withdrawn and suspicious of the others. One of the women thought she was a movie star. The other imagined she was making delicious cream pies all day, but her pies were really just old hubcaps filled with muck from the lagoon. The worst was the captain. He seemed to think his first mate was constantly thwarting rescue attempts. But there had been no rescue attempts.

The first mate was the last sane person left on the island. He didn’t mind. It gave him the perfect excuse to do what had to come next.

Use the comment section below to submit your entry. Entries will be accepted until Tuesday at 5:00 PM Pacific Time. END_OF_DOCUMENT_TOKEN_TO_BE_REPLACED