How many of us began dreaming at a young age of the day when we would be … a Writer? I have a feeling few of us had any clue what that meant, what our definition of a Writer actually was. But we longed for that day when we would know, for sure, that we had arrived.

So what day is that?

Was it the day we finished our first book? It obviously was not any of the days we completed the sporadic poems, sonnets, haikus and short stories we all wrote during our school years. Even back then, even when we were writing constantly, we knew those were more practice than anything else. But finishing the first book … that’s a milestone. But did that make us Writers?

For most of us, probably not.

Writing is such an isolated vocation; we all live in our heads. While using that space between our ears for organizing plot and dreaming up dialog is fine, using it to evaluate what we’ve conceived may not be. We tend to be an insecure lot, and we constantly doubt ourselves. Okay, we’ve finished the book; lots of people do that. But publishing …

So our first book is published. We can actually hold it in our hands; it’s a real, tangible thing. Feeling the weight of it, seeing the cover come to life, seeing our name there in blazing color … NOW we’re Writers!

Or are we? What about sales? What if the book doesn’t sell? What if no one likes it? What if we get no reviews, or worse, bad reviews? In less time than it takes to thumb through our masterpiece, our niggling doubts are liable to pound our already-shaky confidence into a pile of rubble.

Guess we’re not there yet.

But then we DO get reviews, and good ones! We get royalty checks! Maybe we are Writers after all!

But being a Writer means writing. We have to start the next book. Augh! We only have a partial idea for the plot, only a very simple, two-dimensional sense of the main character. But we have to write. Undaunted (or perhaps we were a bit daunted), we begin the new book. It’s like pulling teeth. We strain with every word. Was it this hard on the first book? We don’t remember. It doesn’t seem like it was. The first book was more … fun, more of a lark. We wrote because we loved it, because we had to, because we couldn’t imagine doing anything else. But now the pressure is on. REAL Writers write more than one book. 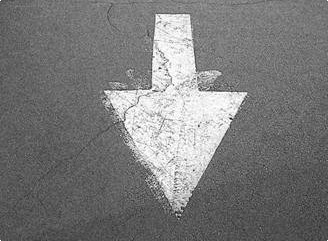 We finish the second book. It feels good. Yes, we’ve got a good story there, maybe even better than the first one. Woo hoo, we’re not a one-hit wonder! On to publishing. TWO books under our belt. How many people can say that? Definitely a Writer now.

Enter the one-star review. With a few snide, mean-spirited sentences, a total stranger has completely devastated us and left our confidence in shreds. We’ve been unmasked. We’ve been exposed for the frauds we are.

Definitely not a Writer.

But … we’ve got an idea for another book. At this point, we may be thinking that we don’t even want to do this anymore, but the idea won’t go away. It blooms in our minds, it grows, it develops, even without any conscious effort. The main character takes on a face, a personality, a destiny. This could be … good. This might be it.

We write the third book. It’s published. It’s good. Ok, NOW we’re Writers. Not too many people have THREE books out. Feeling pretty good about ourselves now. Feeling expansive, confident. From this lofty position, it’s much easier to wade into the many discussions online. LinkedIn. Goodreads. Facebook. We begin responding to questions posted by newbies. “When I wrote my first book …” Boy, that sounds great, doesn’t it? “Then I found when I was working on my second book …” Man, it just keeps getting better. I’m a WRITER. I know whereof I speak.

Then a self-styled Queen of the Thread rips our comments up one side and down the other. She does everything except call us a hack. We’re naïve at best, delusional at worst. How could we possibly think we were actually in the same universe as Stephen King, J. K. Rowling, Dan Brown?

Hard to even pull ourselves up off the floor. Could we really be that out of touch? That blind? That stupid? We stew in our own juices for a while, mulling over the stinging comments. A tiny surge of defensiveness pushes up from deep inside. But we LIKE our books; other people like them. We’ve gotten good reviews. We’ve made some money. Ok, maybe we’re not Stephen King, but we’re not chopped liver, either. No, by God, the Queen of the Thread is NOT the Queen of the reading world; she is not the Queen of us. We check her profile. She has not published ONE book. Not one! Hah! It’s jealousy! Pure unmitigated jealousy!

Whew; glad that’s over. Now we can get back to plotting our next book. Finding discussions online that have less drama. Noticing other writers who need a boost, need a bit of encouragement. We’re all in this together (mostly). We’re not competitors; we don’t need to beat each other down to lift ourselves up. We can all rise up together. High tide raises all the boats.

That’s what writers do.

And yes, I think we can honestly say we’re there now.