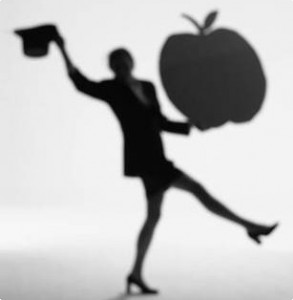 Despite the fact that Apple was the one nailed by the court, what really underlies this whole shameful episode is panic in the publishing industry. You see, Amazon continued to pay the full wholesale price for the books they bought from Random Penguin Solutions, et al. Every single one of the publishers would have made a higher per unit profit on books sold by Amazon than those sold under the agency pricing model. Obviously it isn’t just about the money. It is about survival.

The major difference between indie books and those put out with the little flightless aquatic bird on them is that the indie books will not end up on the shelves of the big chain bookstores. Those bookstores have been the private pond of big publishing. That is a huge advantage to traditional publishers.

But the big bookstore chains are in trouble. Some have closed up shop already and the rest are struggling. This is due in part to eBooks. Big publishing does not like digital. Digital means people don’t have to trot down to Barnes & Noble to buy a book. That does two things:

2. It puts the eBooks by the biggies elbow-to-elbow with those by indie authors in the same digital marketplace. Nobody checks for the hallowed seal of approval on an eBook.

The Big 6/5/4 need the eBook movement to fail. Their best bet was to narrow the difference in price between the print and electronic versions of a book, figuring people would be more inclined to opt for the hard copy if the digital version didn’t offer a significant savings over the print version.

They know most people won’t pay fourteen dollars for an eBook. They don’t care about that. They care about preserving their advantage in the print market, because it is now the only real advantage they have left.

The well-known chain stores don’t have to completely fail before big publishing collapses. They can cut deals with small presses and independent publishers. They won’t get the sweetheart deals they got with the big boys, but as profits dwindle and options evaporate, some will see the light. That will be the the death warrant for big ink, and the pool will no longer be private. With their high overhead, they are doomed.

I’m not sorry to see them go. They proved unworthy of the thrones upon which they sat. We have looked into their bag of tricks and see there is no real magic to what they do. Inflated sales numbers from fake pre-orders, sock puppet and paid reviews: these were strategies pioneered and perfected by the big publishers. Gatekeepers, preserving the integrity of the printed word? Don’t make me laugh. Ms. Rowling just showed the world that the vaunted gatekeepers are incompetent at recognizing talent. Neither was she the first to do so.

But what of Amazon’s role in this whole affair? They come out looking pretty good in this, but one cannot help but wonder why Bezos was willing to continue losing money on every eBook he sold.

If Apple now decides to walk away from eBooks (and who could blame them?) will Bezos derive the leverage he needs to force the publishers’ hands in lowering eBook wholesale prices so he can operate at a profit? Will the eBook market become Amazon’s own private pool?

Whatever your thoughts on Amazon, the dangers inherent in such a monolithic system must be apparent. This is not over — not by a long shot.

30 thoughts on “The Price-Fixing Debacle”