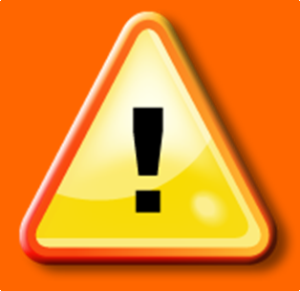 Sooner or later any writer on the web (especially on Linked In) will run into mega-spammer Paradon Books (a revolution in publishing they will tell you) or Indie Writers Support. They exist, they say, only to help you get to be a star. But there are a few problems… like they don’t seem to actually exist.

This innovative publisher—though it’s hard to pin down what is so revolutionary about them, or what they actually publish–lists a PO box in Great Falls Montana, and sometimes a street address there: 804 47th Street S, Great Falls MT. And a photo of their huge glass building with their name on the front. But Google Street reveals that address to be a small residential building, and the big glass skyscraper doesn’t exist. At least not in Montana. The post office box is unconfirmed and their phone number is an 866 non-geographical toll-free. Which does not answer, or even ring (sometimes it returns a “fax screech”.) All email addresses for the company and people associated with it are hotmail or gmail, none use their own “names” in the addresses. If you Google them up, you run into a chorus of deep suspicions, including mentions on “419” sites that have reason to suspect them as originating from that area code—Nigeria—which is richly associated with email spamming and scamming.

Their website www.paradonbooks.com has been disabled. Nobody has been able to find any list of their titles and authors. There are a dozen Paradon books on amazon.com, including one by Nigerian author Korebe Abayomi, sometimes voice of Paradon online. Ironically, if not hilariously, one of them is “The 419 Caper”, a thriller about Nigerian internet scams. Its author is listed as “Artis Reed”, but Abayomi claims it as his own on his LinkedIn profile.

The two big voices for Paradon on Linked In are Abayomi, whose identity has blurred with Paradon’s a couple of times and “Celina Marka”, a faceless profile with hundreds of connections scoured up, but none of them has ever met her and she has no presence on Facebook, or anywhere else on the web. Abayomi was the main poster for Paradon until he started drawing attention, now Marka is carrying on the crusade. At this writing, Abayomi’s latest posts were all about their new “820 emails of book buyers” offer.
The other name associated with Paradon is its alleged co-founder, “newspaper mogul Richard Egland” but there is no record of there being such a person and newspaper moguls are generally not that hard to dig up online.

Abayomi and Marka are aggressively, even savagely, defensive (cited as further evidence of their “419” characteristics). Abayomi gets abusive, obscene, and threatening on Linked In groups, Marka tends to keep her threats in private messages. They quickly cite how many connections they have and that they’ve been “endorsed”. Well, LinkedIn “endorsements” are even looser than FaceBook “likes”. You run around endorsing people and maybe they return the favor. There is no requirement that they know who you are. It’s a classic stunt of puffing up fake feathers on social media. Meanwhile, Marka—previously a newspaper columnist, we are told—has no web mentions anywhere else. She lists herself as “acquisitions editor” at some points, “publisher” at others. There is no record of anybody named Marka living in Great Falls.

Despite Paradon’s wide-eyed innocence while running around the web shouting out their publishing and new “indie support” group, they can’t shake a big cloud of comments by people who have looked into them and found them to be, basically, liars and swindlers. Getting exposed all over the web and having their website chipped away at until if finally disappeared evidently forced Paradon to look into other sources of income. They shifted some of their spamming to “Indie Writers Support”, their own social media site. The idea of indie support communities sounds good, and they manage to set it up so those who visit their site have to sign up before they can see anything at all. Several hundred writers have responded to their massive promos by signing up… which includes giving them email addresses.
Presumably not a co-incidence, the most recent avatar of Paradon is an offer to sell anybody with $5 a list of 820 book buyer emails. They claim the list is richly larded with professional book buyers, but also “people who love books”. Wonder where they found them? Of course email list sales are fraught with scams and fraud, but this one kind of stands out. It is being spammed by Abayomi and Marka, who ferociously attack anybody who questions buying the list. It’s available from this download site. Take note of the samples provided at the bottom. Not email addresses, but website URL’s. Very easy to collect URL’s… much more difficult to extract the emails… VERY difficult to winnow out the mails that actually go to buyers. There is nothing legit about this “offer”: the idea is probably that for $5 many would figure it’s worth the risk, and a lot of $5 charges add up.

Here are some discussions about them and their scamming and spamming.

They have been identified as posting rebuttals to amazon “Bewares” under several fake names from the same IP.

This comment points out the “419” (Nigerian) nature of their site and approach. And that they responded to mentions of their business practices (like charging a $25 submission fee) with a threat to “cyber attack” absolutewrite. And note this quote, “claims to be founded by a ‘newspaper mogul’ named Richard Egland and has a newspaper columnist turned acquisitions editor named Celina Marka, but a Google search turns up nothing about them. The grammatical errors, tortured English, grandiose claims and bombastic tone of their publicity material are very similar to the content of 419 emails.”

So, to wrap it up, one hates to just call somebody a criminal fraud preying on stupid writers, but it’s really, really hard to come up with any other interpretation of the web view of Paradon. Whatever it is, and whoever owns it, it’s not just fake, it’s not just a scam, it’s also a very nasty piece of work at any level you come in contact with it.

19 thoughts on “No Paragon”